Not everyone has the option of towing a spare vehicle around behind their RV, so is there another option? You bet, an electric bicycle, but stop making excuses that you haven’t ridden a bike for years or they’re only for kids and focus on the positive! With eBikes and RVs, what is the best choice for you?

The eBike has changed the game. When travelling, heading into town for dinner or some light shopping can be much more pleasant on a bicycle. It gets you out of the vehicle and you can travel further and more easily than walking or riding a standard bicycle. In the really old days, bicycles only had one gear, then gears were added to make cycling up hills that much easier. Now, electric motors have been added that assist us even more; particularly uphill. What we are talking about here, are pedal-assisted electric bikes, which mean that you need to be pedalling to get any assistance from the motor. There are other types of electric bikes, but these are treated as motorbikes under the law.

In Australia, legal electric bicycles are pedal-assisted and known as pedelec bicycles. The electric motor will stop assisting you over 25km/h but you can still go faster if you keep pedalling, particularly downhill. Some people think that this is not fast enough, but as someone who commutes to work most days, 25km/h is totally fine and I still hit over 50km/h down some of the steeper hills. Gravity is the original friend of the bicycle.

Many eBikes look like normal bicycles and manufacturers are going to great effort to make it even more difficult to spot the difference. The battery and the drive system are the two differences to look for. Older and cheaper eBikes will have larger external batteries and a hub motor that drives either the front or back wheels. The hub drive is quite heavy so will effect the handling of the bike. For cycle paths this is not a problem, but you will rarely see this type of motor on a mountain bike meant for riding away from bike paths.

As manufacturers build the battery into the frame, the bike may look better but the cost goes up substantially. External batteries are generally easier to take off the bike and therefore can be charged more easily as you don’t have to move the whole bike close to the charging point. Batteries can be removed to also make the bike lighter for when you need to lift it onto a bike rack.

As with standard bicycles, there are many different types of frames and wheel sizes available as eBikes. Around town, a small-wheeled folding bike is more than enough, but if you are staying in national parks, a larger wheeled eBike will smooth out some of the bumps making for a more pleasant ride. If you plan to use it on dirt tracks, front suspension is worth getting, and wider tyres. A narrow tyre will dig into the dirt rather than ride across it. There are step-through bikes and leg over bikes [Eh? – Ed]. The choice will depend on your particular needs. 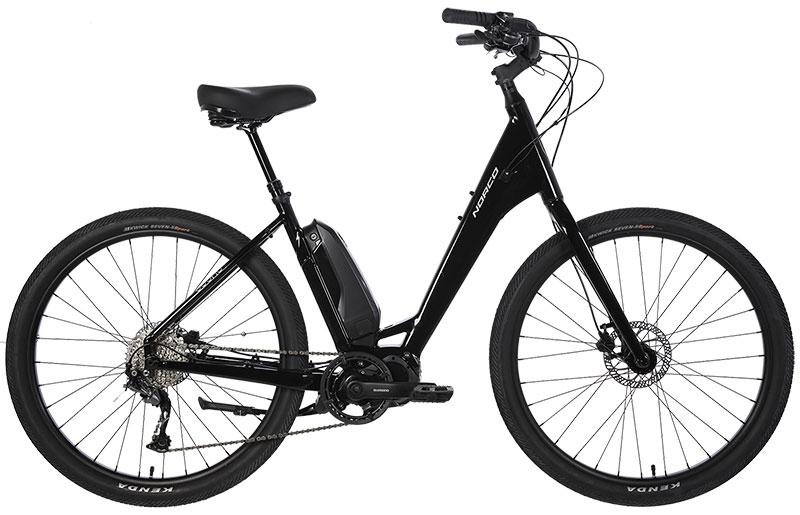 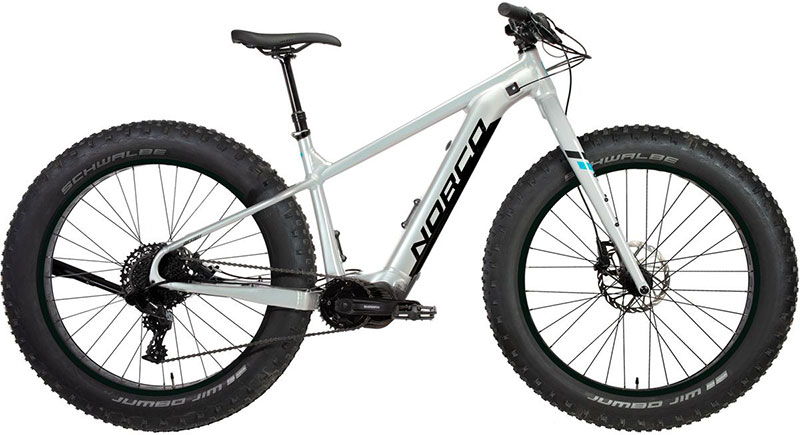 A fat tyre eBike perfect for the beach

Going to your local bike shop which has a large range to choose from is your best option for finding an eBike that suits you and your needs. Talking through the range of options with the bike shop is usually a very good experience. People who sell bikes are normally enthusiasts who want to get you on a bike that you will be comfortable with. Buying a bicycle is generally a lot more enjoyable than buying a car.

COSTS
An eBike is going to cost more than a standard bicycle but there is a very good chance that you will use the eBike more. Often couples and friends have different levels of fitness and this is where an eBike is perfect as it levels out the playing field. This is particularly good if you are a grand-parent trying to keep up with the kids. When looking at the price of an eBike it is also worth looking at the value proposition and not just the sticker price. How much will you use it? Will you use it when you are at home as well as when travelling. Will it benefit your health? In most cases eBikes are a great way to get exercise at the level you want.

The lower end of the eBike market prices will start at around $1500 for a hub-drive eBike. The upper-end eBikes can cost as much as a small car but you won’t need to go there. 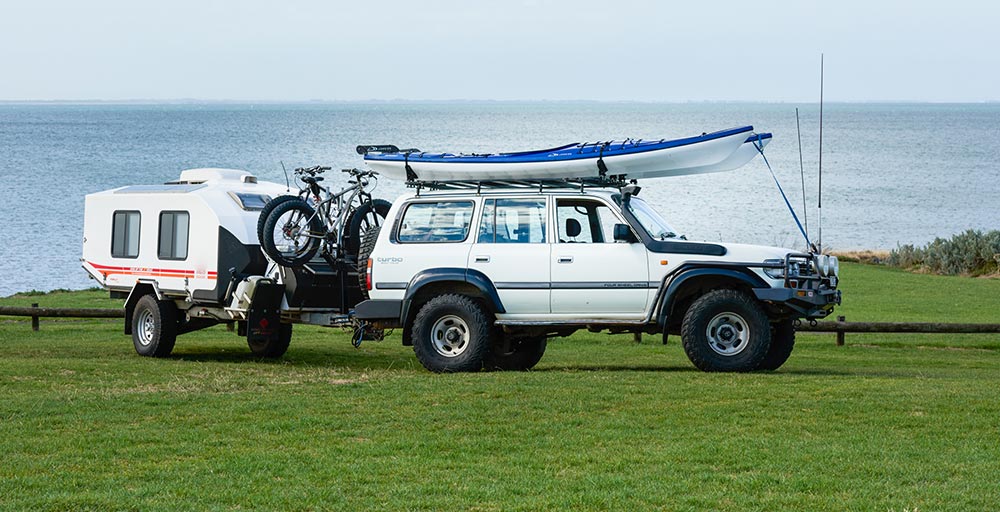 STORAGE AND TRANSPORTATION
A folding eBike will easily be stored inside the RV while travelling. A non-folding eBike will be no larger than a standard bike however, it will be heavier as the battery and motor have been added. This is where a removable battery is useful in lightening the load as you lift it onto a rack.

There are a lot of different options for carrying bicycles. Roof racks aren’t really suitable for eBikes due to the weight. Bicycle carriers that support the wheels of the bike are certainly the best for eBikes as they will distribute the weight onto the wheels. These type of bike carriers will also more easily suit different types of frame designs. ISI and Gripsport make good bicycle carriers that can be mounted to hitch receivers and towbars, and many caravan manufacturers use them. Often bike racks will be supplied as an option with your RV although best check the carrying capacity as often they are designed for standard lightweight road bikes. Once you have a bike on board, you’ll realise there are loads of places you can ride. If you are staying at any of the caravan parks around Byron Bay, a bike is so much easier and cheaper to get around. This could be said for many of the coastal towns that we all love to hang out in.

Rail trails are popping up all over the place and can be a great way to get a different view of the countryside. The beauty of rail trails is that they have shallow gradients as trains, like most of us, don’t like going up steep hills. On a recent trip to country Victoria, we rode the rail trail from Castlemaine to Maldon return. An eBike made light work of the 40km return trip. It might seem like a long way but you’ll be surprised how far you can go without too much leg work. This rail trail was mostly on unsealed surface so wider tyres would be best. 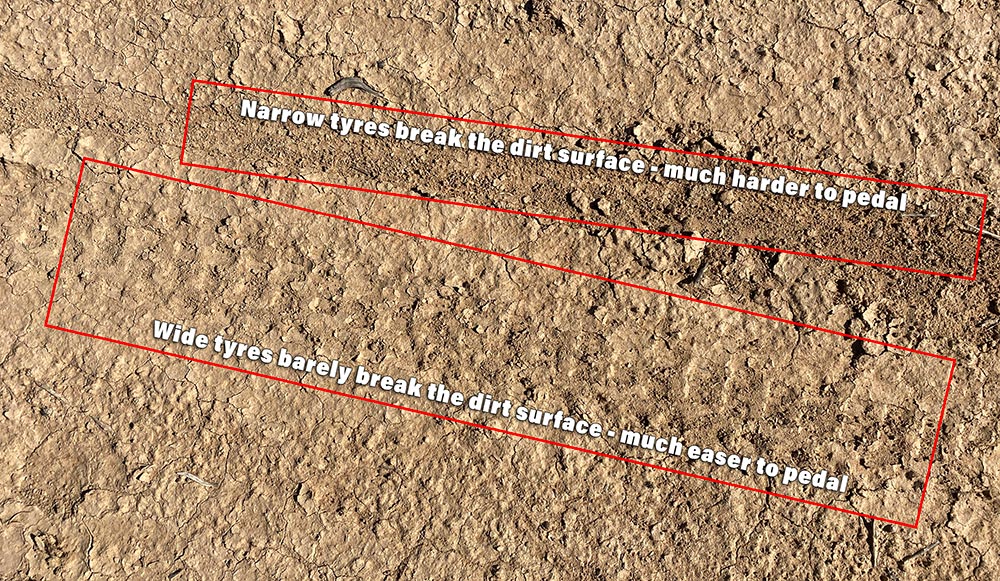 National parks often have places that you can walk or ride. We were at Lake Mungo recently (yes, in the middle of summer) and were able to ride much of the bike trails on and around Lake Mungo. The headwind was no problem. And again, wider tyres were better than thin on the unsealed trails. 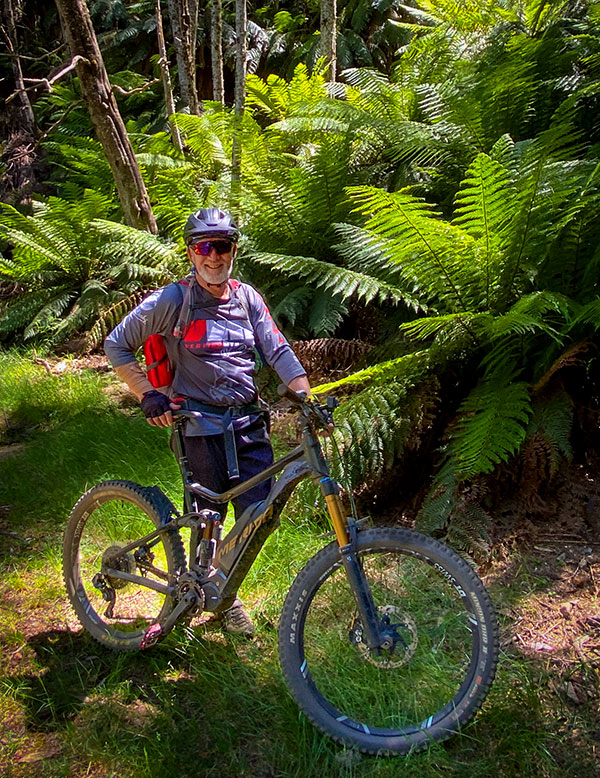 ARE EBIKES FOR YOU?

The continually improving modern eBikes make a lot of sense when you are travelling with an RV. And they are not limited to only when travelling, as they can be used around home area as well. Ride with the grandkids or your crazy fit friends. Bikes are easy to park and don’t get caught in traffic jams. Ebikes iron out the hills and make you feel like a kid again … what are you waiting for? And no, you don’t have to wear lycra. 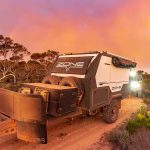 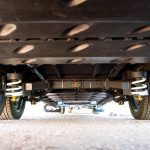