DOWN & DIRTY WITHOUT LOW RANGE 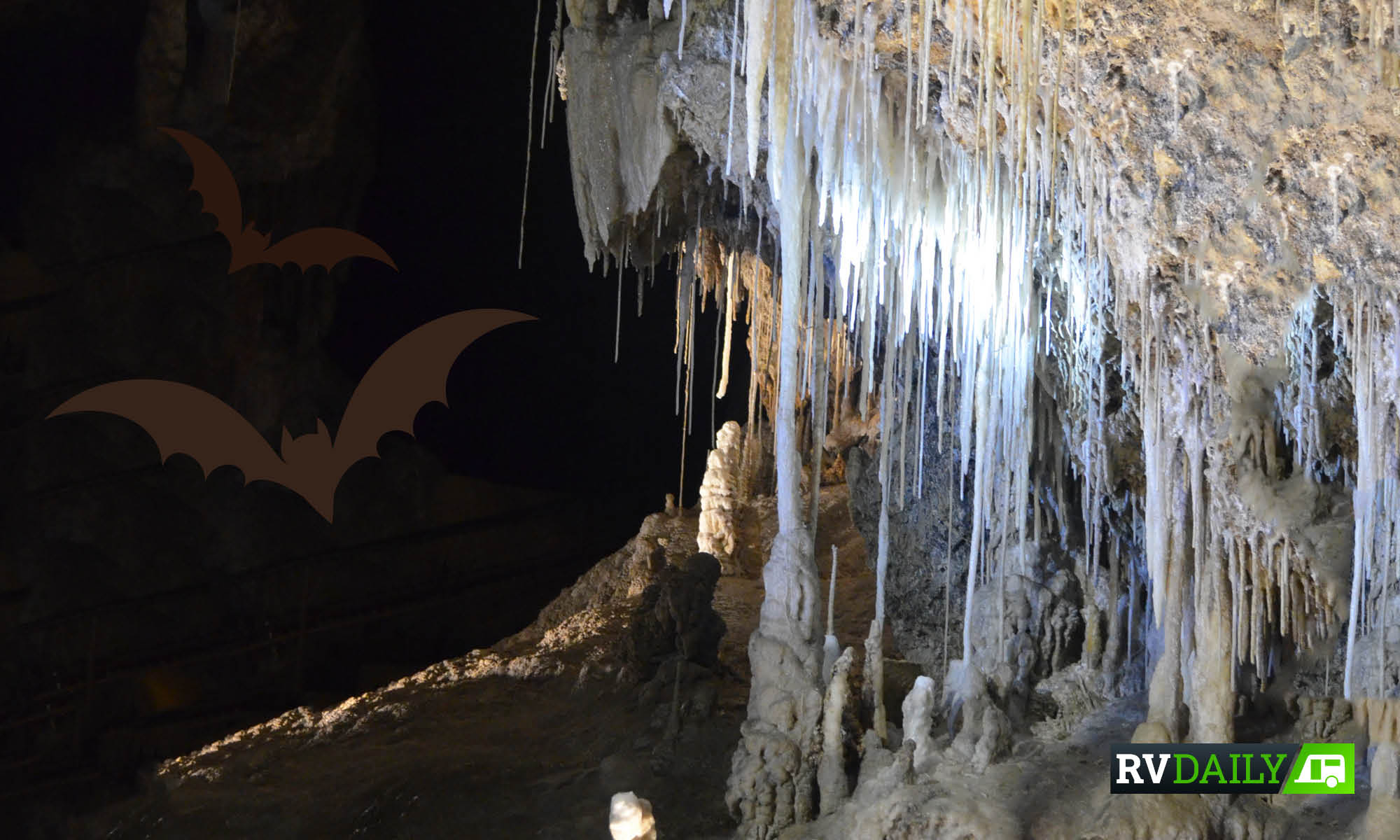 Check out these Caverns of the Dreamtime…

Named for the path of the river that winds itself underground like a Dreamtime serpent, the Mole Creek caves in Tassie’s central north (just 70km from Launceston) are a wonderful option for the adventurer. There are two public caves and three escorted tours, which will step you through this ancient underground forest of limestone. These caves are located in Australia’s only classified subterranean National Park ascribed purely for its caves.

Limestone karst regions, which are the core of these caves, can be found in several places across Australia. Once the place of prehistoric oceans, they are now the spectacular world of birds, bats, snakes and often unique animals and insects. Surface water can carve out secret worlds deep in the limestone karsts, where a simple water drip over an endless eon can build a subterranean empire. Australia has some of the oldest land still above water – and she harbours some of the most extensive cave systems found anywhere in the world.

The most popular cave available for visitors in the Great Western Tiers and Mole Creek is the Marakoopa cave. The Mole Creek Karst National Park rangers offer two escorted tours through these caverns, each with a unique outlook. The caves are renowned for their glow worms but unlike the world-famous New Zealand counterpart, The Waitomo Glow Worm Caves, they weren’t offered early government protection and immeasurable damage has been done to this unique world. Many of the caverns are now visited only by serious cavers.

The thoughtful care of the rangers and guides from the National Parks is the only thing that protects this vast cave system, and the glow worm populations are still as wondrous as a glorious night sky. They’re impossible to photograph in all their mystery, and visitors are asked to extinguish all lights in efforts to protect them and allow viewing
of the glow worm colonies at their best.

A visit to King Solomon cave, deeper into the gorge, offers some wonderful treasures to be found. But be warned… it is truly a place where you can get up close and personal with the public caving experience. The paths are well built, and visitors are offered relatively easy and comfortable walks through the cave. But for the claustrophobic, you wouldn’t be the first person to find the going difficult.

These caves are a true underground treasure in Tasmania and well worth putting on your list of places to visit.

Across the Nullarbor – The Murrawijinie Caves

Crossing the Nullarbor, or in traditional terms… if you are venturing onto the vast Oondiri Plain, is truly one of our favourite tours. The Oondiri Plain offers a unique world where nature rules supreme. It is where you can hear the dingoes calling their pack members at dawn, and listen to the sweet chitter of the small birds as well as marvel at the eagles and hawks. Wombats inhabit these underground places, often building huge burrows into the softer sinks and dolines as this
vast wilderness is their natural domain.

It takes a leisurely three days to make a comfortable crossing of the Nullarbor and enjoy the experience. But we find as we plan our tours that on each occasion we have need to allow more time to drive the Eyre Highway. Many travellers think that only the magnificent Bunda Cliffs offer an attraction along the way, but they couldn’t be more wrong. Our longest crossing took us three weeks to travel the 1200km from Ceduna, SA to Norseman, in WA. This was the trip where we first discovered the many caves of the Oondiri. We were wonderstruck and since then we have endeavoured to explore at least one cave system on each crossing we make.

This time we aimed for the Murrawijinie (pronounced Murra-wi-jinie) caves in South Australia. On our last tour, we aimed for the Koonalda caves and it was an interesting delight exploring the old homestead. There are three world-class wild caves to be found out on the 10km Murrawijinie dry-weather track from the Nullarbor Roadhouse in SA – and they are open freely for the public to visit.

Dropping into the Dreamtime

The Murrawijinie caves are named after the ancient and invaluable hand stencils made by tribal man, that can be found just inside the entrance of the caves. The first two caves are the most popular, and they’re the province of desert birds seeking a safe nesting site and refuge.

Don’t be afraid to clamber into the Murrawijinie Caves. They are a world like no other. You should remember, however, that you are stepping into a timeless cathedral where the spirits of the Dreamtime watch over your deeds. These wild caves are timeless places and they offer a valued life source of ground water and drip water for desert creatures and provide rare natural shelter.

The cave entrances are formed by the dangerous collapsed dolines in the vast limestone karst of the Nullarbor, which is the biggest karst in the world. The temperature is 10 degrees cooler than outside, which is a huge attraction to wildlife who are commonly nocturnal hunters. In discovering more about the wildlife of the waterless plain, one of our entertainments is to brush the soft desert sands around our camp and check in the morning for prints and tracks of night visitors. Trying to identify the prints can be fun for the kids and adults alike.

Carrying your own water supply on the Nullarbor is also a must, as you can’t rely on public water resources. Aside from the natural rock holes and pools, which are a scarce wilderness treasure, there are only a few wells built by cameleers and resource managers and water is as precious as gold out on the arid plain.

The Treasures of the Underworld

There are world-class treasures to be found within the Oondiri Caves, such as the hand stencils from the era of the desert hunters who trekked hundreds of miles across the featureless Oondiri guided only by the song-lines, the hunt and the Lore. They found rare places to rest in the cool, underground recesses with their women and children.

There are nesting birds, but in particular keep a look out for pythons and other creatures of cool dim places. Deep in the Murrawijinie Caves they have found the complete skeleton of the largest marsupial predator to ever hunt on the vast waterless plain, in a time when the Oondiri was more forest than desert. But closer to the shadowy cave entrances you can commonly find small bones scattered about; and for the inexperienced caver, content yourself with these early discoveries.

The truly ancient remains of the thylacoloeo carnifex (a prehistoric marsupial lion), along with many other unique Australian megafauna, has been found on the underworld of the Oondiri – but caves are dangerous places. This ferocious beast stood 1.5m from head to tail and possessed the ability to sit upright like the kangaroo, yet the caves managed to kill him along with so many others.

The Prehistoric Graveyard of Naracoorte SA

If you have a desire to explore the unique and ancient graveyards of megafauna which once roamed across the continent, then plan an excursion to Naracoorte National Park in South Australia. Here you can easily delve into the hidden past of this unique and ancient world. Many of the limestone caves harbour secrets, and Naracoorte is the easiest of accessible doors into this prehistoric world.

Aside from accessible shelter, ancient man primarily used the caves for sacred ceremonies
and occasionally for mining of precious material. Deep in these caves you are dealing with the breath of the Spirit Creatures, as the Oondiri truly lives and breathes… sucking and drawing creatures to their death. In visiting the many blow holes along the Eyre Highway you will discover what I mean.
The ancient spirits claim their own;
so don’t let them suck you in.

The Draw of the Dive-caves

The deeper ‘lake caves’ found out on the Oondiri Plain are an attraction for cave divers and are internationally renowned. In 1988, the Cocklebiddy Caves (one of Australia’s more spectacular cave systems) claimed a number of lives and forced the closure of this dive cave for many years. There is an Australian film made in 2011 relating to the tragedy and, although it is about the Esa’ala Cave in Papua New Guinea, it is based on events at Cocklebiddy and was mostly shot in Australia. This movie is entitled Sanctum. So if you’re inexperienced, but adventurous, this is one Aussie flick worth tracking down. It will take you deep into the world of the cave diver, and it’s a journey you’ll not forget.