Standing proud in an area dominated by spinifex, the desert oak is an Australian icon in its own right.
By Morgan Lane and Scott Mason

Allocasuarina decaisneana, more commonly known as the desert oak is, as the name suggests, part of the casuarina family. Unlike other species in its predominantly coastally distributed family, the desert oak is the only one of its kind to grow in the harsh, arid conditions of central Australia, limited to eastern Western Australia, southern Northern Territory and northern South Australia.

Growing to between six and eight metres in height, the desert oak has four times as much root depth as it does crown height. The juvenile trees are vastly different in appearance from the older trees with a narrow trunk and a feathery foliage that does not branch far from the trunk. The tree will stay this way as the roots grow deep into the ground in search of water. Once water has been reached the limbs spread from the trunk with bushy foliage signalling the transition into its adult form. Fire aids seed germination in the species, with the bark being fire resistant when exposed to moderate fires. The solid, heavy timber once played a vital role for Aboriginal people living in the arid regions.

The desert oak has separate male and female flowers, however, unlike other casuarina species, these flowers both occur on the same tree with the seed cones growing up to 10cm in length. Thriving in such arid conditions, usually devoid of tree species, the desert oak is a spectacular sight in central Australia. 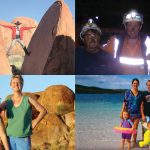 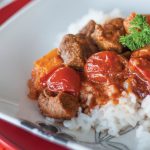