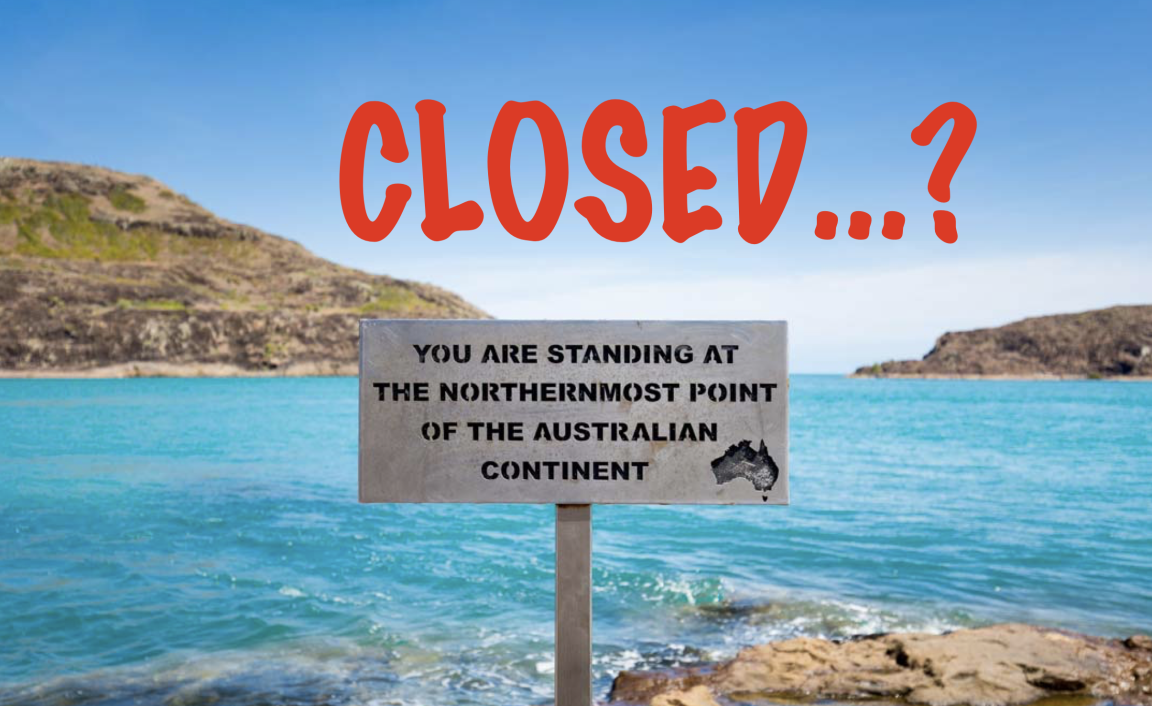 There’s a lot of rumours and conjecture flying around on social media and the press saying access to the tip at Cape York is closed. Again! So is it closed or will it be open for the coming tourist season?

Is it just me or does it seem like every year around this time just before the beginning of the tourist season to the North there are rumours circulating about the closure of some part of Cape York? Maybe it is just me but there’s no doubt that this is happening right now. We tried to find out the truth and this is what we’ve got so far.

It all seems to have started around 16th March when the Cairns Post published an article titled “Custodians close the Tip“. I’m not sure if there was any pun intended in the headline but the report claims the Cape York traditional owners are ‘fed up with disrespectful travellers” and have “put their foot down to stop visitors from accessing one of the nation’s most envied bucket list destinations“.

The article goes on to say “For years, Northern Peninsula traditional custodians have put up with graffiti on cliffs at the Tip walking trail car park, a lack of proper amenities, and four-wheel drive enthusiasts littering, making their own tracks through the bush and using unregistered firearms.” All pretty serious accusations and, if true, probably a good reason to consider the supposed closure.

As a result, the report claimed access to Australia’s most northern point has “officially been denied effective immediately“.

“At an annual general meeting last Wednesday, Gudang/Yahaykenu Aboriginal Corporation chairman Michael Solomon said a proposal to pull the trigger on denying access was on the agenda, but a decision could not be reached.”

“Native titleholders…made the call to bring down the boom gate on key areas within the Northern Peninsula region at a later discussion.”

Mr Solomon said, “I spoke to traditional landowners and we discussed and decided to close the country to tourists (at) Captain Bill’s Landing, Pajinka (the Tip), Ussher Point and Somerset because of disrespect to tradition landowners.”

On the same day, the Cape York Weekly posted the following rebuttal on their Facebook page:

Once again we are woken to another front-page story that does its best to deter tourists from visiting Cape York. According to the one person quoted, the “Tip” will be shut off to visitors. This may or may not be true…however, the quality of journalism is so bad that we suggest holding off before changing your travel plans.

“The actual news is that Cape York is open for business. Once it dries out in a few weeks’ time, you can drive up the Bloomfield track, visit Cooktown, Lakefield National Park, see rock art at Laura, go on an eco-tour at Weipa, see the turtle hatching at Pennefather, hear a great ballad at Bramwell, go for a dip at Fruit Bat Falls (and much more).”

“Cape York Weekly suspects that the “closure” of the Tip is unlikely to be a long-term problem. You’ll still likely be able to get your picture there. But we do urge all travellers to do the right thing. Respect the country, respect the Traditional Owners and Elders who came before you, and everyone will be able to enjoy the moment.”

So, that seems to indicate there may be a closure of access to the Tip but it will be a temporary one and it should be reopened in time for the season.

The next chapter in the saga came yesterday when The Mayor of the Northern Area Peninsula Regional Council, Mrs Patricia Yusia, issued a statement to the media saying:

“We, in the Northern Peninsula Area have always welcomed tourists to our communities. The NPA Regional Council has an agreement in place with the traditional owners through the Apudthama Land Trust to allow access to Apudthama land. We acknowledge the majority of tourists are respectful of the environment and the traditional lands when they visit the area but would like to remind all visitors to continue to do that.”

“My Council (NPA Regional) has not yet received any advice or correspondence from Gudang/Yadhaykenu Aboriginal Corporation regarding its Board’s decision to restrict access to Pajinka, the Tip of Australia in the 2021 season. As the Traditional Owners of the Determined Land, we will respect any decision the Board makes and are committed to working with the traditional owners to develop strategies to address their concerns.”

So at this point in time, the ‘official’ word from the responsible council is that, as far as they are concerned, the Tip is open. Unfortunately, that may not be the end of the story.

A source close to the issue told RV Daily there are a few meetings planned to be had over the coming weeks, likely between the NPRC and the traditional owners. Given the amount of money brought to the area by tourism, and following the COVID-19 lockdowns, there would be a lot of pressure on all parties concerned not to close the Tip.

One thing we do believe is true is that, at the moment, the Jardine River ferry is currently closed for maintenance. Given the time of the year, that would seem reasonable.

If I was planning a trip to the Cape this coming season, I don’t think I would be cancelling my plans just yet. Even if the Tip is closed to tourists, it’s certainly only one tiny part of Cape York, and after recent coronavirus lockdowns, tourism operators up at The Cape can use all the help they can get.

As I said at the beginning….we’ve heard these rumours before. 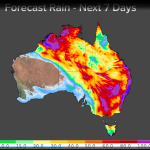 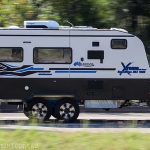