Animal strike: How to avoid and to deal with a brush with the wild side 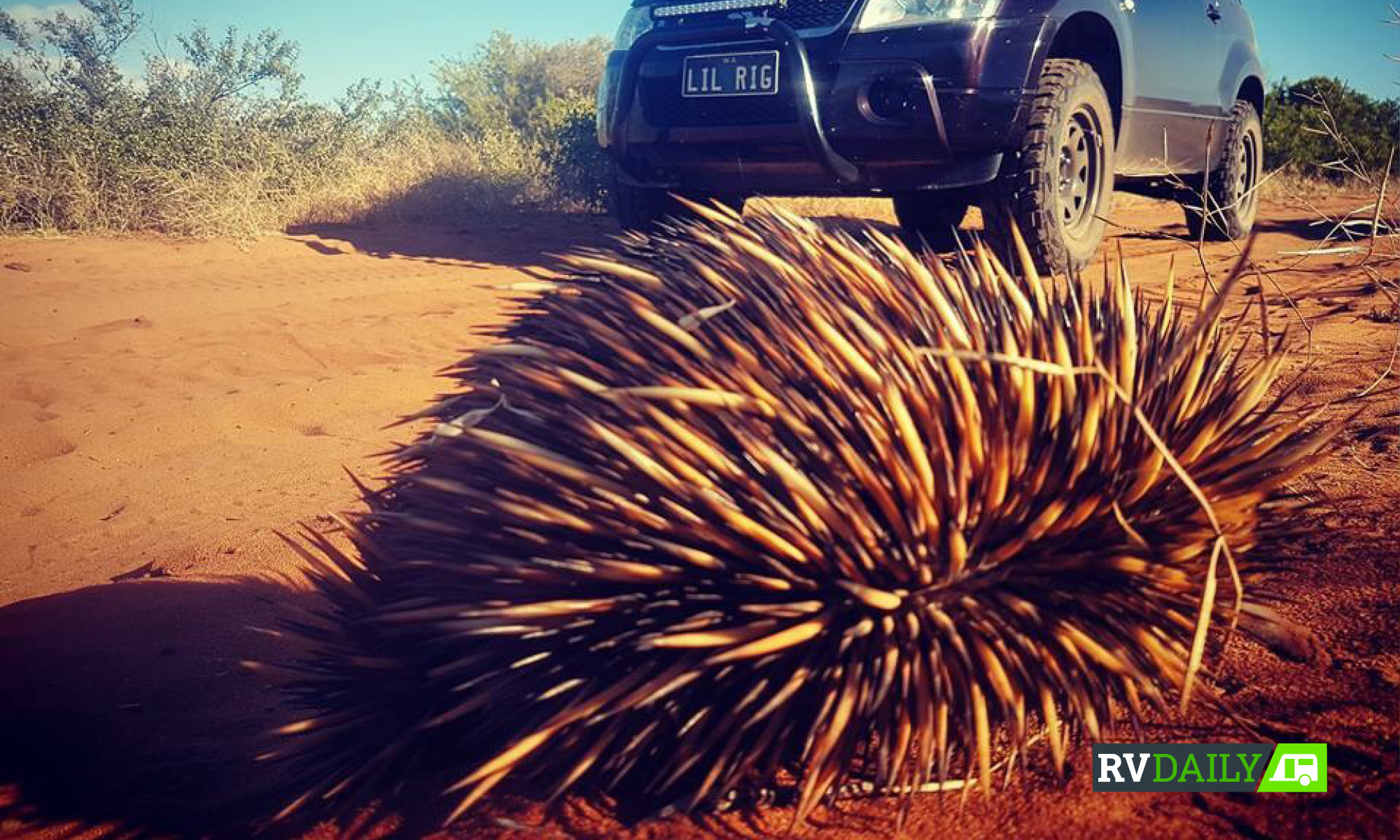 Just when you think you’re clear, you’re liable to have one or more hop into the side of your vehicle or trailer. And thus, our national faunal emblem is grossly over-represented in roadkill. There will never be a time when vehicle-animal collisions reach zero, but it’s always good to minimise risk, be prepared, and know what you can and should do in an animal emergency. 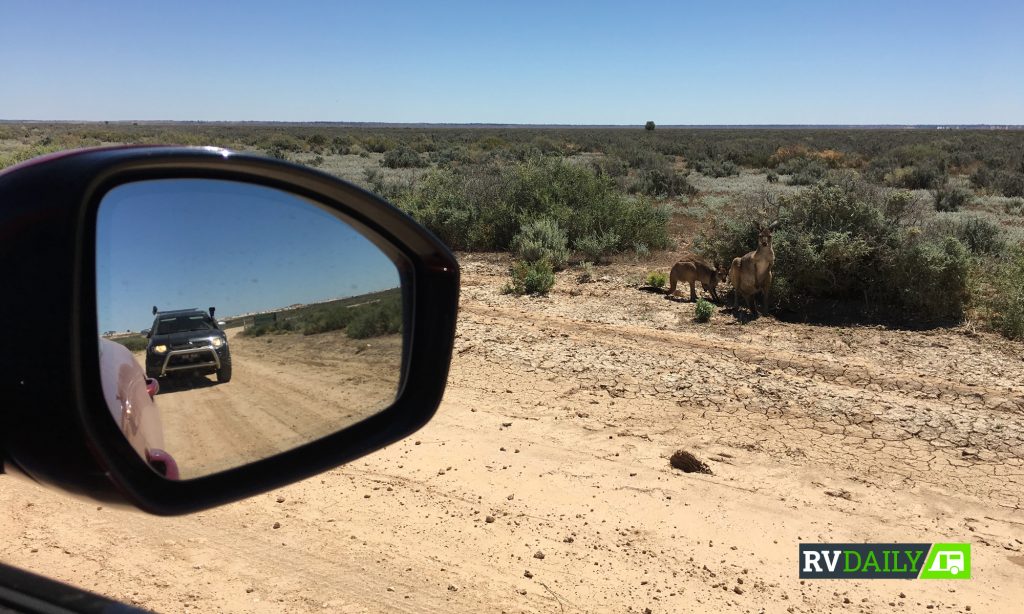 HOW TO REDUCE THE CHANCE OF A STRIKE

Animals love to feed along roadsides as they often support lusher grass and vegetation from water run-off.

Be aware of your surroundings

Highly adaptable animals such as birds and possums, and roaming pets such as dogs and cats, will regularly be encountered on suburban roads. The animals encountered on rural roads include birds, reptiles, small mammals such as possums and quolls, and larger mammals such as koalas, wombats, kangaroos and domestic cows, goats, sheep, horses and deer. However, as urban growth sees development on previously agricultural and forested land, we’re encroaching further into their habitat.

If you’ve suddenly moved from empty paddocks into a forested area, there is a good chance you’re in prime habitat for wildlife, so it’s extremely important to stay alert. An adequately rested driver should be scanning their surroundings and able to react quickly in an emergency. If you come across roadkill, there’s a possibility of scavengers. If it is safe to do so, move the animal a few metres off the road to prevent other drivers from adding to the toll. 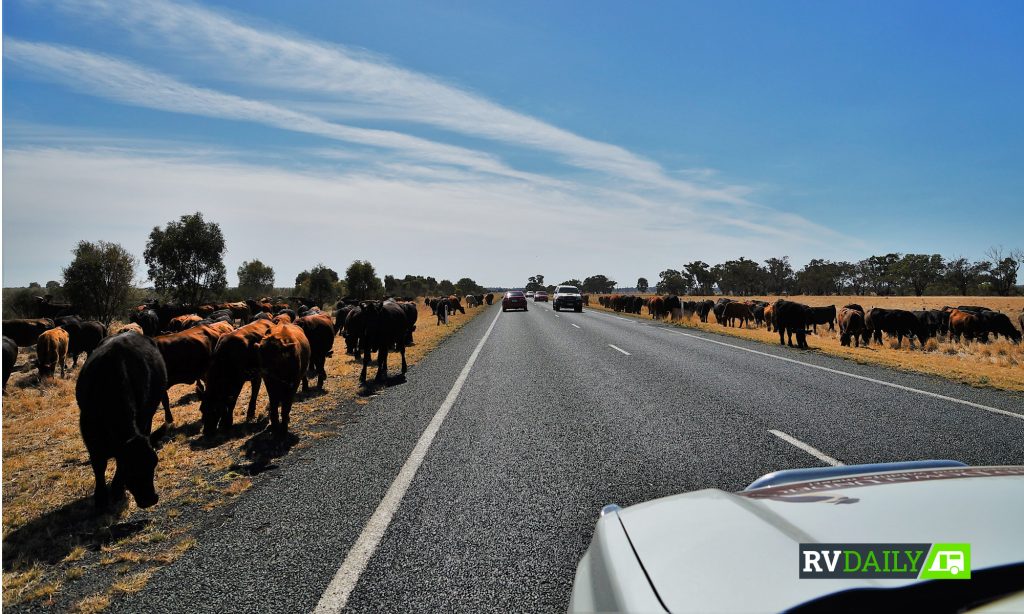 Spend any time out of a big city and you’ll have noticed the increased activity of native animals at night, dawn and dusk near the road as many become active to feed, so where practical, try to avoid these times.

Animals are not fast thinkers; they need time to process incoming danger and make a decision. In a panic, it is often not a good decision. Ensure you drive to the conditions and visibility, and a reduction in speed, particularly at night, dawn and dusk can be the difference between hitting an animal and avoiding it.

And remember never to swerve. An animal will often move where you swerve, and you are at risk of losing control.

Lights are tricky. While more lights give you better visibility of the road and surround, they have the potential to dazzle animals. Here are some tips:

• Use as many lights as you need to see, but once you get closer to an animal, dip your lights to allow them to regain their night vision and move out of the way of danger. If you dazzle an animal, it is more likely to move into the path of light (your vehicle) and stop.

• You have hazard lights. Remember to use them if you’ll be slowing down significantly or stopping. Vehicles behind may not see the danger ahead.

• Horns aren’t just for frustrating drivers. If you spot an animal, on dipped headlights, sound your horn to alert it to your approach. Images: The Land Down Under

WHAT TO DO IF YOU COME ACROSS INJURED ANIMALS

Ask yourself these questions:

• Has the animal been spray-painted? If so, it has been checked and you shouldn’t stop.

• Is my vehicle in a safe position? If possible, first move to a position of safety and signal to others with hazard lights.

• What sort of animal is in trouble, and can I physically help?

• If it is a large mammal that’s still mobile and agitated or a venomous snake, you should not approach it, and should call for appropriate assistance. Otherwise, move the animal off the road if safe to do so. When an animal is beyond saving, it will be a judgement call about whether you can end its suffering humanely.

Report any wildlife collision to the appropriate organisation. In Victoria, for example, Wildlife Victoria coordinates over 1500 trained and experienced volunteers. These organisations will instruct you over the phone about how best to help.

One simple thing you can do to prepare is to write down a list of vets and carers along your planned route, or at least a state-wide group, and note any carer phone numbers you see on signs along the way. For domestic animals, you will need to contact a vet and/or the council.

How you can help

An animal will run away with serious injuries to die a slow and painful death, and if it has dependant young they will also die slowly. A staggering 70 per cent of female eastern grey kangaroos struck have pouch young, which can survive for up to a week in the pouch. It is important to check around the area for pouch young that might have been thrown clear.

Birds can become lodged in grilles, and not all die on impact. If the bird is alive, a rescuer may be able to help. Park in a safe and shaded place if possible and turn the engine off. Do not crowd the bird. Here are some easy and cheap practical items to carry with you that don’t take up much space:

• Thick gloves e.g. welders gloves or leather gardening gloves – they will protect your hands from claws, beaks and spines, as well as bodily fluids and parasites.

• Spray paint – if the animal is deceased and you have checked it for pouch young, spraying an X will alert others not to stop.

• Scissors and nappy pins – for cutting a teat if a joey is attached and pinning it to a bag/pillow slip so it can’t be swallowed. Never pull a joey off a teat.

• Blanket or towel – it’s important to keep an injured animal warm, and it may help with restraint, and stop you being injured by claws.

• Pillowcases/cloth bags with straps – orphaned joeys will readily crawl into them thinking it’s mum’s pouch. You must lower it to the ground and hold it open then walk over to the joey for it to crawl in. You may put them down your top or in a pocket to provide them with body warmth. Body warmth is especially crucial for unfurred joeys.

• A plastic box with air holes, or a cage – for the safe transport of the animal.

• Water – you can offer water, but never force an animal to drink, and make sure it cannot drown. Don’t offer milk or formula, and don’t feed it as you’ll likely do more harm than good. 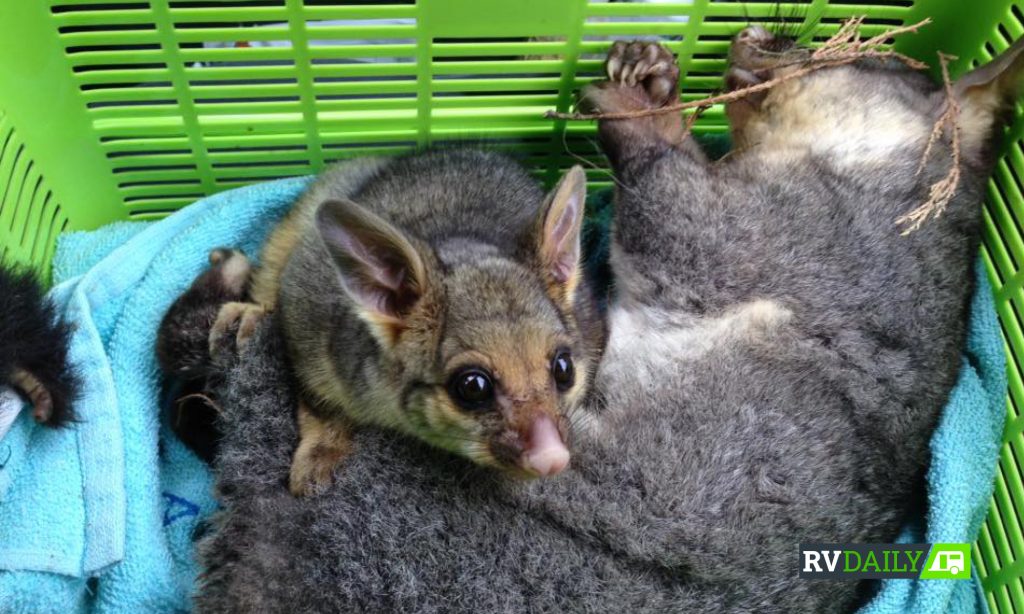 THANKS TO THE FOLLOWING ORGANISATIONS FOR THEIR ASSISTANCE:

The Land Down Under, Waratah Wildlife Shelter, Wildlife Victoria, WIRES. Please consider donating to rescue organisations and shelters as they rely on your assistance to continue with their great rehabilitation work.