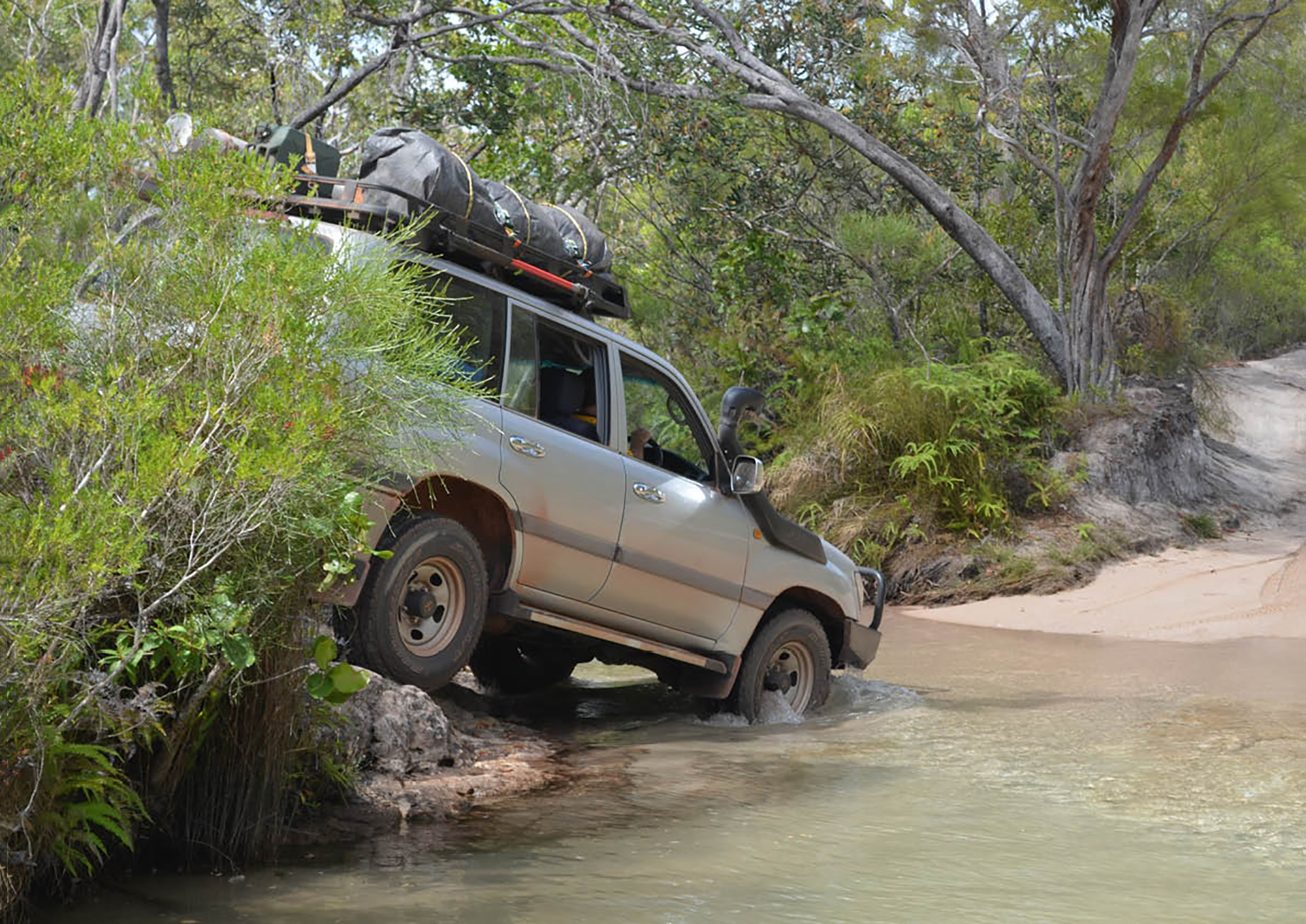 At the very northern tip of Australia, having braved the 4X4 wonderland of Cape York, you can set up camp on the tropical Somerset Beach. With early pioneer graves nearby and the ever-present threat of crocodiles, you will find yourself bathed in sunshine, and the smell of beach mangroves on clear ocean breezes.

Read the rest of this story with images in our online magazine.

Somerset Beach, at the pointy end of Cape York, is a place steeped in history. You can explore wrecks of World War II planes that litter the bush and the remnants of this colonial outpost. Somerset homestead once provided the only lifeline north of Cooktown for many shipwrecked by the monsoons.

In the 1860s, Frank and Alex Jardine, two young men in their early 20s, drove their stock 1200km from Rockhampton to the very tip of Australia. It was one of Australia’s epic stock drives. Frank lived here for most of his life. It is a place of great beauty, incredible remoteness, and yet a place that I find never leaves my thoughts for long. It is one of my favourite bush camps.

There aren’t many places on Earth where you can step in the footsteps of dinosaurs, but the beach corridor on the Dampier Peninsula, north of Broome in WA, is one such place. It is where the deep red pindan cliffs meet the startlingly white sands of an ancient coral reef.

The humpback whales feed in these pristine waters and seasonal bush camping is welcome along the cliff edge at Quondong Beach. There are no amenities and you must be fully self-sufficient and able to make your way independently to this remote location, but the rewards are enormous. Among the attractions to the region include fishing and the experience of being truly removed from civilisation at the gateway to the Gibb River Road.

The scenery is breathtaking and you can readily find ancient fossils among the bounty washed up by the sea. It is a world that offers you a stairway to the moon, one that spills out over the shallow coastal waters of the Atlantic under a bright night sky.

The Blue Mountain Range sits quietly behind Sydney and offers some of Australia’s best bushland experiences. It is both rugged and incredibly beautiful country and a remarkable bush wilderness within easy reach of greater Sydney for the 4X4 adventurer.

Within 10 years of the penal settlement, the colonists had found a way south around the mountains, giving access to the wild Liverpool Plains. But it took nearly 30 years before Aboriginal tribes showed the colonists the only two ancient crossings directly over the mountains.

One is along the Oberon-Colong Stock Route, crossing at the southern Murruin Range, and it’s here you will find the Ruby Creek bush camp. It is one of the most remote and beautiful bush camps in the region. Both Ruby Creek and Dingo Dell are wilderness National Parks campgrounds and they offer a wonderful escape for the bush camping enthusiast. To ensure survival, some huts are provided freely for temporary refuge. The use of these huts is governed by common decency and the National Parks Authority. It is one of the region’s hidden gems.

With marine park sanctuaries either side of Streaky Bay and the protection of nearby exclusion zones for commercial fishing, this quiet stretch of coast on
the sunset side of the Eyre Peninsula, in SA, offers some wonderful fishing experiences for the recreational fishermen.

Beach camping is easily accessible, though you would be wise to keep an eye on the high tides and perhaps choose a cliff campsite or one tucked behind the dunes, protected from the ocean winds.

There are a number of popular free camps or caravan parks that you can choose from and all offer the angler a special treat. From the southern whiting to the delights of squid jigging, life is pretty good.

A favourite of the locals though is razor fishing for the elusive clam found buried in the sandy seagrass of the protected bays. These delicious molluscs are a delight served lightly crumbed, and it’s these experiences that draw us back again and again to the isolated eastern edge of the Great Australian Bight.

The best of things about the Snowy River region of Victoria – aside from the wilderness – are the beautiful clear streams, the clean-cut mountains, the rolling peace of summer, and the fishing. The region is renowned for its trout fishing and the Mitta Mitta River is a place that we often visit just for this reason.

Old Mill Road camp is one of the bush camps along the Mitta Mitta River, and these camps are one of the region’s best kept secrets. Here you can pit your skill against the elusive trout and the rewards are simply delicious. A haven even for those who are not truly serious anglers, we simply enjoy casting a line into the clear fast-moving streams in the hope that the fish gods will smile upon our own (often inept) endeavours. And just occasionally… they do.