A trip to Cub Campers reveals what it means to be Australian-made in the fair dinkum sense.
Words & images Tim Scott

The subject of Australian-made products is an emotive one. It’s something that many locals are passionate and very vocal about. Recently retired Cub Campers’ co-founder Roger Fagan is one such man. Since 1968, when Roger’s dad JK set up shop, Cub has been producing camper-trailers as a family business that now has Roger’s son Shane as managing director and daughter Melissa in charge of marketing. And while keeping it in the family is obviously a strong point so is retaining Australia as the source of materials in all Cub camper-trailers.

However, this local focus extends much further for Roger. While he may be recently retired from the absolute control at Cub he’s had a concurrent and ongoing role as president of The Australian Manufactured Camper Trailer Guild (AMCTG) since 2011. The guild was established to counter the claims of some importers of usually cheaper camper-trailers that their units were all Australian in terms of materials used. The guild comprises a host of camper manufacturers and suppliers to the industry (see list on previous page).

Now ‘built to suit Australian conditions’ is a phrase that’s well-worn in advertising but you don’t have to spend too long in the outdoors to understand what it actually refers to. The road surfaces, even when paved, leave a lot to be desired, especially in rural areas, and then there’s the dirt. Corrugations, they go without saying, although when was the last time you travelled a section and didn’t offer some comment on them? The harshest of them all, of course, is the sun, or more precisely, the ultra violet it emits.

The sun has a terribly detrimental effect on everything it touches, that’s not treated in some way – just ask any Pommie backpacker during their first week in Bondi or Perth. Paint, rubber, and especially canvas can harden or perish rapidly when exposed to the sun’s rays if they’re not either treated with a protectant where possible and/or manufactured from high quality material.

Just like a visit to the supermarket, checking for local or imported product, is aided by the use of the official Australian Made logo on packaging but there are ways around the Aussie-made legislation that mean that products can enter via a variety of ways. A compliance plate is not a guarantee, either. In itself, there’s no complaint about imported goods or products, the aim of the AMCTG is to make sure that a camper-trailer you buy actually honours the Aussie-made statement and has been built locally from 100 percent Australian materials – primarily steel and canvas.

These two items form the basis of most reported camper-trailer failures. Chassis and suspension cracks or breakages from steel not up to the job can at best be inconvenient to at worst life threatening. Your camper-trailer rapidly deteriorating to the point it’s not weather proof kind of defeats the purpose. Your purchase will have been made according to your budget and a fully-featured camper-trailer at an attractive price may seem too good to resist. If that trailer is quickly rendered useless then that’s not going to appeal to your budget bottom line.

We spent the day at Cub Campers recently and sat down with Roger to discuss the guild and the issues it’s trying to highlight. There are many reasons to buy locally-manufactured product, but the issue is that whatever you decide to buy the real bottom line is that you should take home what you believe you have bought. 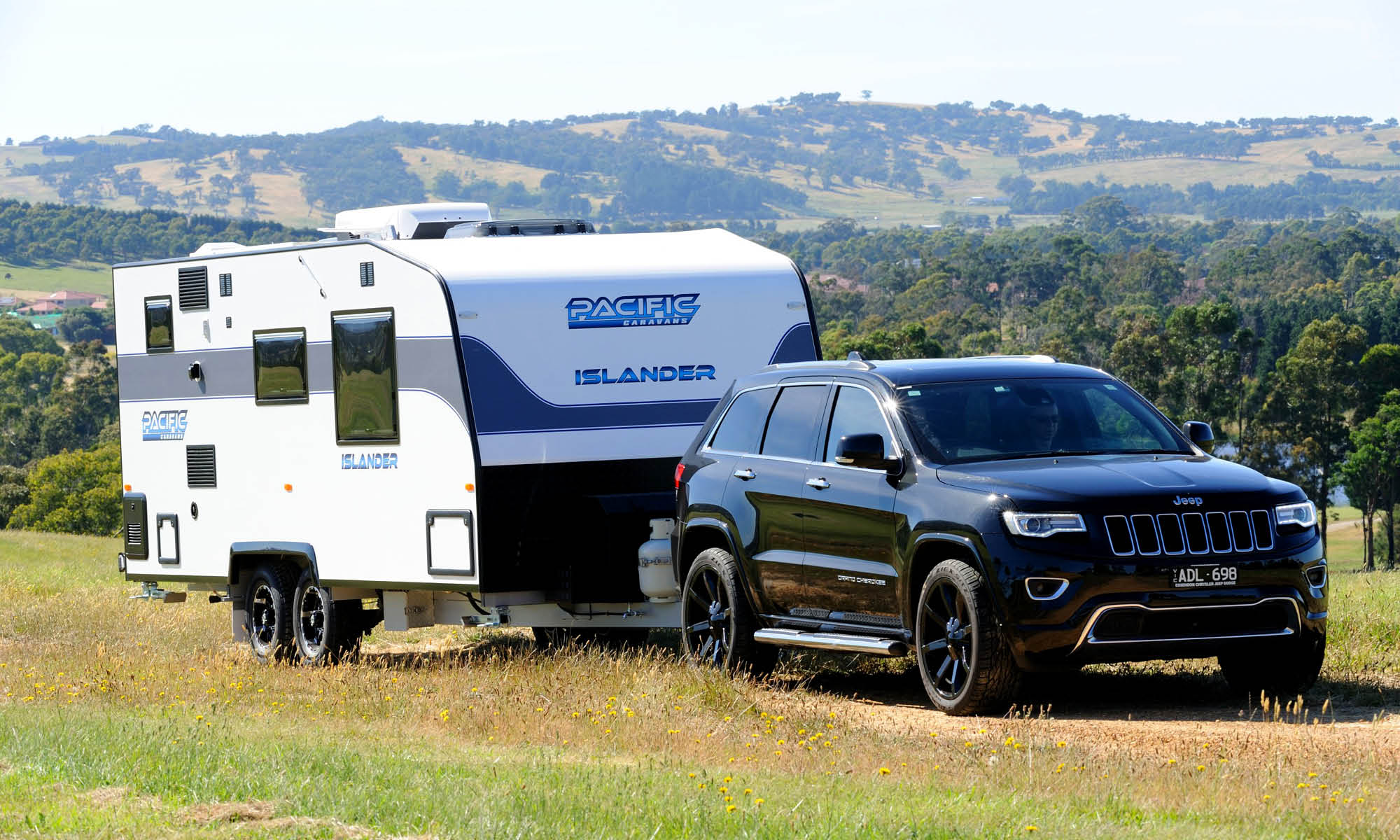 Pacific makes a big statement with its Islander