Moving your water tanks may be all that’s required

One of the main ingredients of towing safety is, of course, a well-balanced caravan. A caravan that has too much weight at the front – or worse, if it’s too far back – will cause all sorts of stability problems.

Too little ball weight (or too much, exceeding the tow vehicle’s maximum TBM, as was the case here) often can be sorted out with redistributing payload through the van.

The main trap to avoid is attempting to reduce ball load by moving heavy stuff right to the back of the van, whether it’s a permanent fixture or just gear like a gennie. A couple of heavy off-road spare tyres bolted on the rear bar, for example, will risk upsetting balance in a big way and also add a lot of stress to the rear bar.

With some caravans, the solution is to reposition the water tanks, so we went over to Barnes Caravans in Lansvale, NSW to see how the boys do exactly that.

This particular van had a touch too much ball weight for the tow vehicle, so we moved the front 95-litre tank (of the two tanks bolted up ahead of the axles) to just behind the wheel set.

So the weight we’re shifting here is about 110kg (95 litres of water weighs 95kg, plus about 15kg for the weight of the water tank itself and brackets).

Moving that weight back to just behind the wheel set of course won’t reduce towball download by an equal amount. If you picture a see-saw, a caravan’s fore-aft balance is similar (although the caravan’s fulcrum – its wheelset – is usually in the back half of overall length).

The actual TBM reduction after the water tank relocation (in both instances measured with tanks full) was 50kg.

Getting started, you have to first measure the space you plan to move the water tank(s) to, not only so that the tank and brackets will fit, but also so that the pipes and water level sender have adequate space to be connected to the tank. You’ll also need to consider whether you’ll need to extend any pipes or wiring (and if so make sure you have the extra lengths on hand).

Now the pipes and water level sender on the tank are disconnected, then the tank’s retaining straps are unbolted. Then the tank, the stone guard and retaining brackets can be removed from under the front of the van.

For the new spot that the tank’s going to, you’ll need to carefully measure and mark the fixing points for the water tank’s attachment points. Then the threaded studs can be welded to the frame. Obviously you need to be a skilled welder and need to disconnect the onboard battery before attempting any welding.

The water pipes and water level sensor can now be pulled back down from the front of the van to where they’ll need to be fitted up at the tank’s new position. Be careful not to snag the pipes or wiring on any sharp points on the frame or suspension.

One end of each retaining bracket can now be loosely bolted up (in this case, the attachment points toward the front of the van). With the brackets now angled down, you can then place the tank stone guard within the brackets and then the tank itself.

Before you can bolt up the tank, you’ve got to fit the timber buffers that stop the tank rubbing through on the chassis onto the top of the tank.

Now the other side of the brackets can be bolted up and all four bolts tightened up.

The water level sender is then refitted to the tank, its retaining nut tightened up and excess wiring zip-tied out of harm’s way.

The pipe connections used for the tank in its original position may be either too short or too long. So they either need to be extended (or replaced by new, longer sections of pipe) or the originals cut to length (as was done in this situation).

This water tank’s drain tap and pick-up outlet were also swapped to suit the new position behind the wheel set. It’s important to remember the connections need to be cleaned, removing any old sealant or debris and fresh sealant applied before reattaching them to the tank.

Some caravans don’t have the spare real estate underneath to reposition their water tanks. For those that do though, this is an excellent way to reduce ball load and turn the caravan into something really sweet to tow. 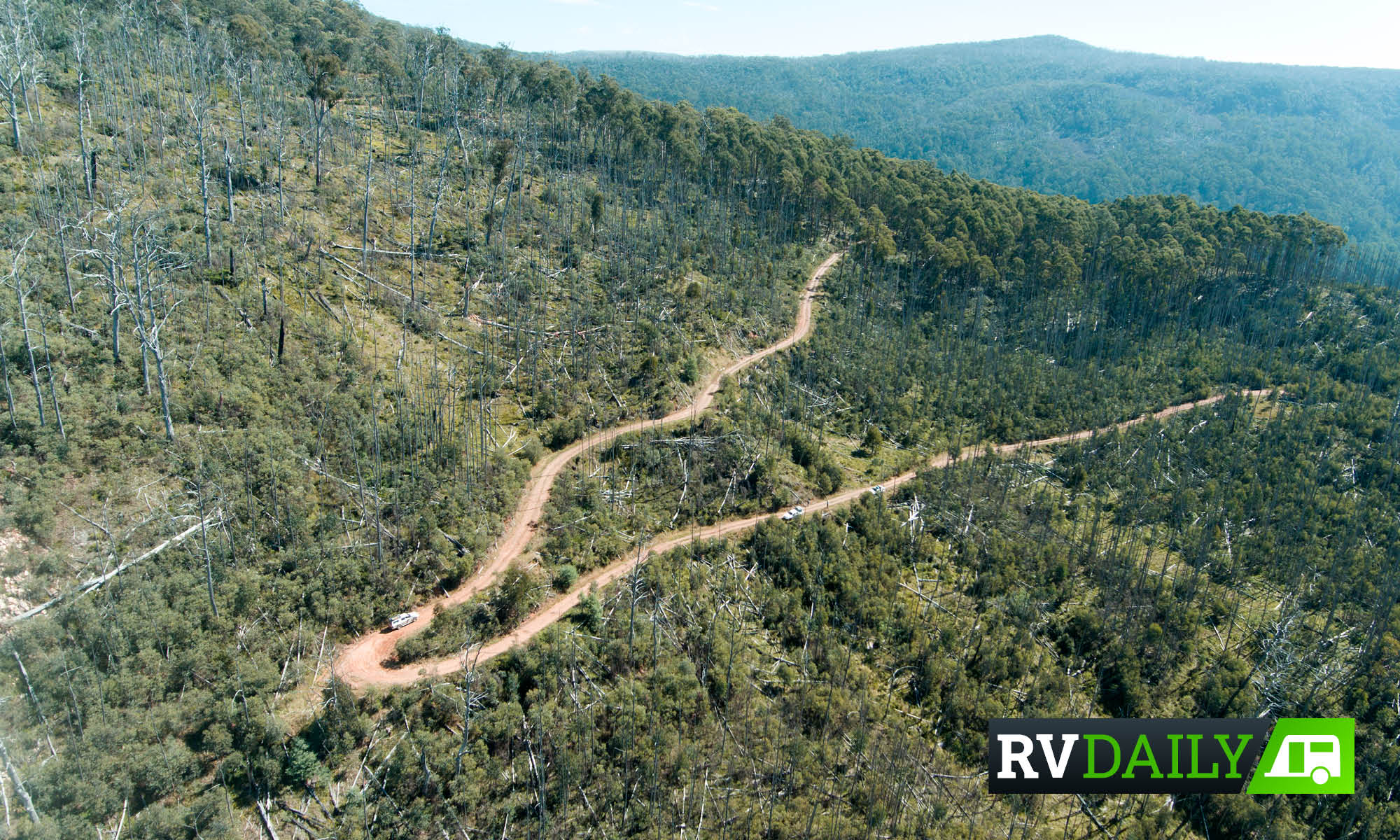 THE BEST WAYS TO STAY CONNECTED WHILE YOU TRAVEL. 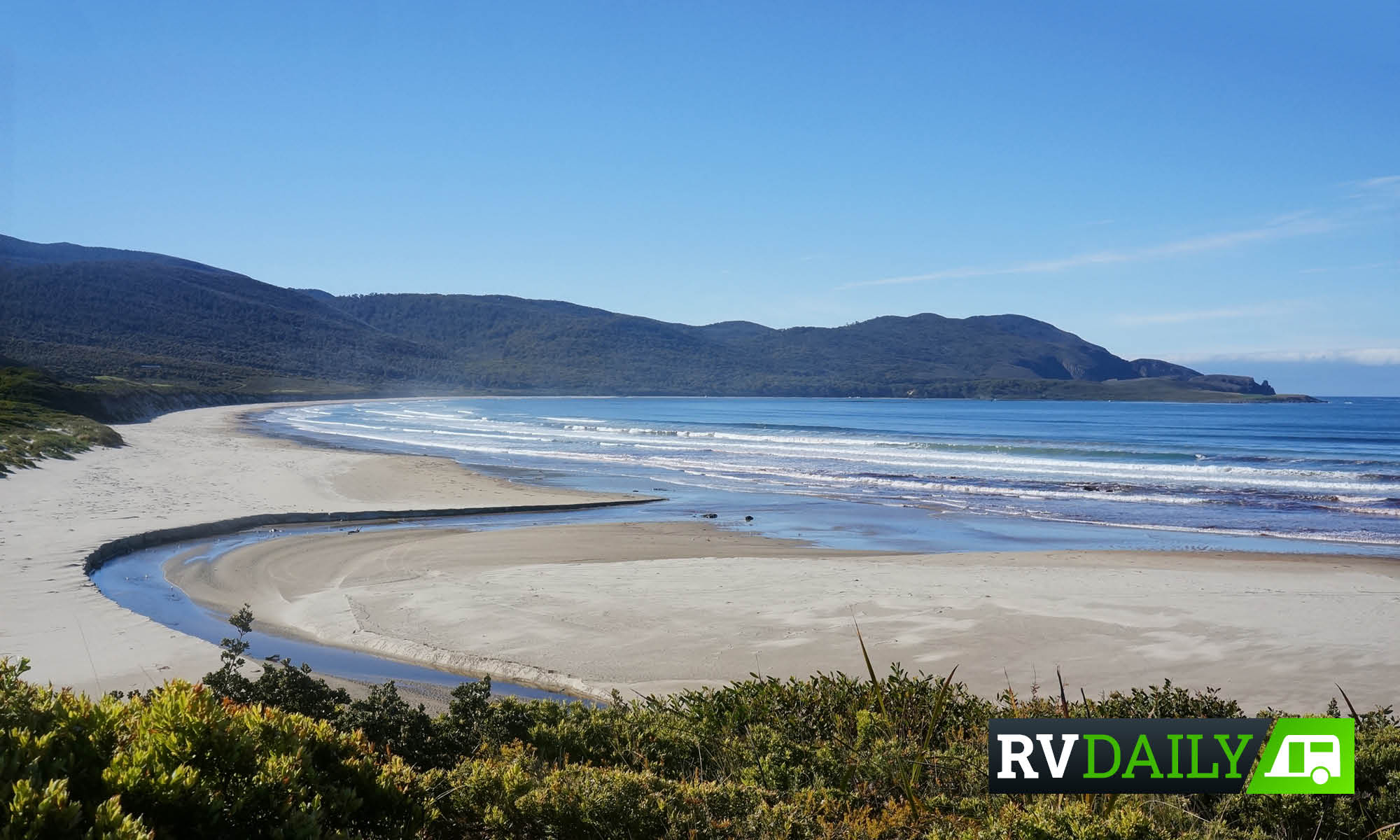