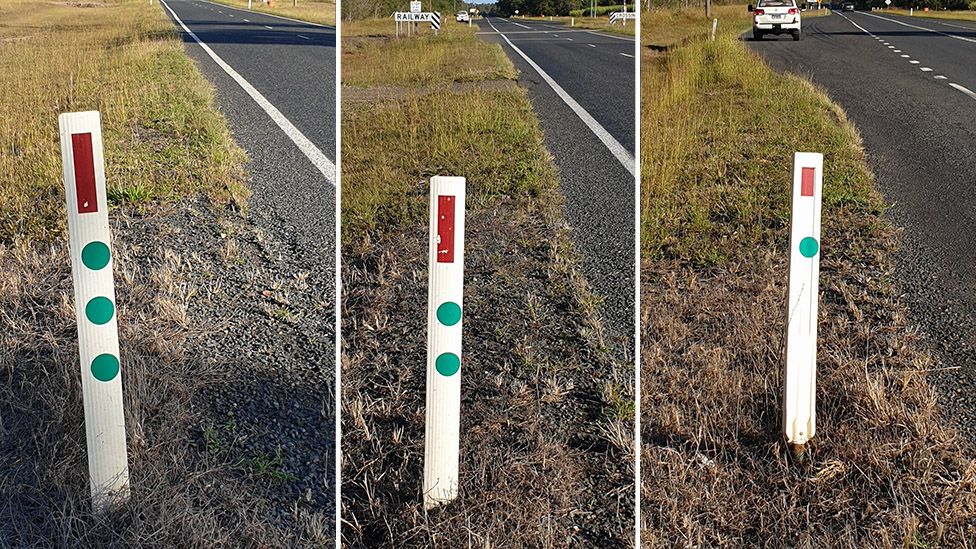 An initiative that was started to allow truckies an extra place to pull up and have a rest is now being pushed into service to allow caravanners a spot to pull over to let banked-up traffic pass, indicated with a set of green dots.

The new ‘3, 2, 1, Green Reflector’ initiative is part of a new safety initiative led by the National Heavy Vehicle Regulator (NHVR)  and spearheaded by road safety campaigner and truckie, Rod Hannifey. Essentially what the green dots are for is to allow truck drivers to know that there is a rest area coming up, with the reflectors placed on the way toward the ‘unofficial’ rest area. This, according to Rod, allows the truckies time to be able to slow down to pull off for a rest stop, whereas a lot of these places they could pull up previously, they were past them before they had a chance to pull up their rigs.

Coming from the Truck Friendly website, there is now a push for caravanners to use these ‘unofficial rest areas’ too, from Ken at Truck Friendly. However, not for rest stops, or for overnight or extended stays, but to allow trucks and other traffic behind them to pass. Much like the ‘lay-by’ areas you’ll see on larger hills for slower vehicles.

The new green dots are so far placed on the Burnett and Newell Highways throughout Queensland and some in New South Wales, with more being added every month. The dots are set as follows: Three dots at around 500 metres to the stopping area, two dots at around 250 metres, and one dot right as you come upon the stopping zone.

Bear in mind, that these rest zones are absolutely not for stopping overnight, or for longer than a few minutes. We can use these zones to let traffic pass or give the van a quick once over, and then continue on our merry way. We’ve reached out to the NHVR to confirm that they are indeed happy for us caravanning folk to use them as a lay-by area, and we’ll update the story with more information once that comes to hand.

*STOP PRESS* We’ve just had a note sent to us from a bloke in Victoria who let us know that there are some dairy farms in Victoria that utilise green reflectors to denote the entrance to the dairy-farms for the milk tankers to know where to pull in. Probably worth making sure you’re not pulling in to dairy farm if you happen to see just the one reflector. Otherwise, it could turn into udder madness!

Below you’ll find a video with further information on the green dot initiative. 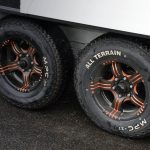 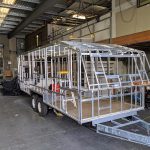