The alarming disparity of registration costs makes absolutely no sense and it could cost you a small fortune. Here’s the breakdown state-by-state.

Transferring a caravan into your name and registering it can be either as cheap as chips
or a state-sponsored form of highway robbery. It just depends on which state you live in.

It all looks peachy in the ACT at first, because the Territory doesn’t charge stamp duty for caravans, but from there things turn sour. For 12 months’ registration, a 1500kg van is $372.90 and a 2000kg van is $531. Not by any means a bargain, but it gets worse.

If you’ve gone all out and have a van that weighs from 3055kg to 3304kg Tare in the ACT, you’d be even more tempted to move out of the nation’s capital, costing a staggering $1579. Those 12-month rego fees incorporate a two percent discount over registering the van for a three- or six-month period. Bargain? Well, no, it’s not.

In NSW, you don’t pay a cent in stamp duty to transfer a van’s rego into your name. But the warm feeling from getting such a concession cools when rego is due. There’s a set $64 component for all vehicles, then a Motor Vehicle Tax, component, based on Tare weight. For the typical caravan, weighing from 1505kg to 2504kg Tare, it’s $407 a year, just $44 less than a vehicle in the same weight range. But from 2505kg to 2794kg bracket (which has a $640 fee) onwards, caravan owners are hit with the same fee as a vehicle in the same weight range. For the Cruiser and van combo, you pay a hefty $1368 at the annual rego time in NSW.

Tasmania has no stamp duty to transfer registration on a caravan. Registration charges aren’t exorbitant either, from 500kg to 4500kg a trailer or caravan costs $191.60 for 12 months. Tasmania is the only state where you have to pay a third-party personal insurance on a caravan, it’s covered by the tow vehicle in every other state/territory. It’s not excessive though, just $62 a year for all caravans. The damage for a year’s rego in Tasmania for our hypothetical dream ‘Cruiser/caravan rig combo is $940.63 a year.

Victoria is the state with Australia’s most caravan registrations, about 40 percent, and interestingly doesn’t capitalise on that potential bonanza situation by charging stamp duty. It would be easy enough to become confused by the VicRoads website though that doesn’t clearly separate caravans in the registration calculator. Simply put, there is a $6.20 registration transfer fee for any ‘trailer’ that includes caravans and the annual registration fee only amounts to $56.90 no matter the van you choose as long as it’s under 4.5 tonne. For annual rego, our LandCruiser and caravan would cost $850.50 combined.

SA is the state to live in if you want cheap vehicle and van rego fees. SA charges no stamp duty for caravans and only $93 for rego per year. The Cruiser and van combination is a downright bargain at just $450 a year.

It’s a cruel joke, especially in the ACT and in NSW, that a caravan, which is probably parked up for at least half the year, the balance of which is probably travelling out of the state it’s registered in, can cost so much to register. Why the Northern Territory persists with stamp duty when the rest have abolished it is another anomaly residents in that jurisdiction have to bear. 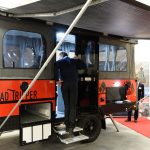 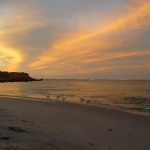