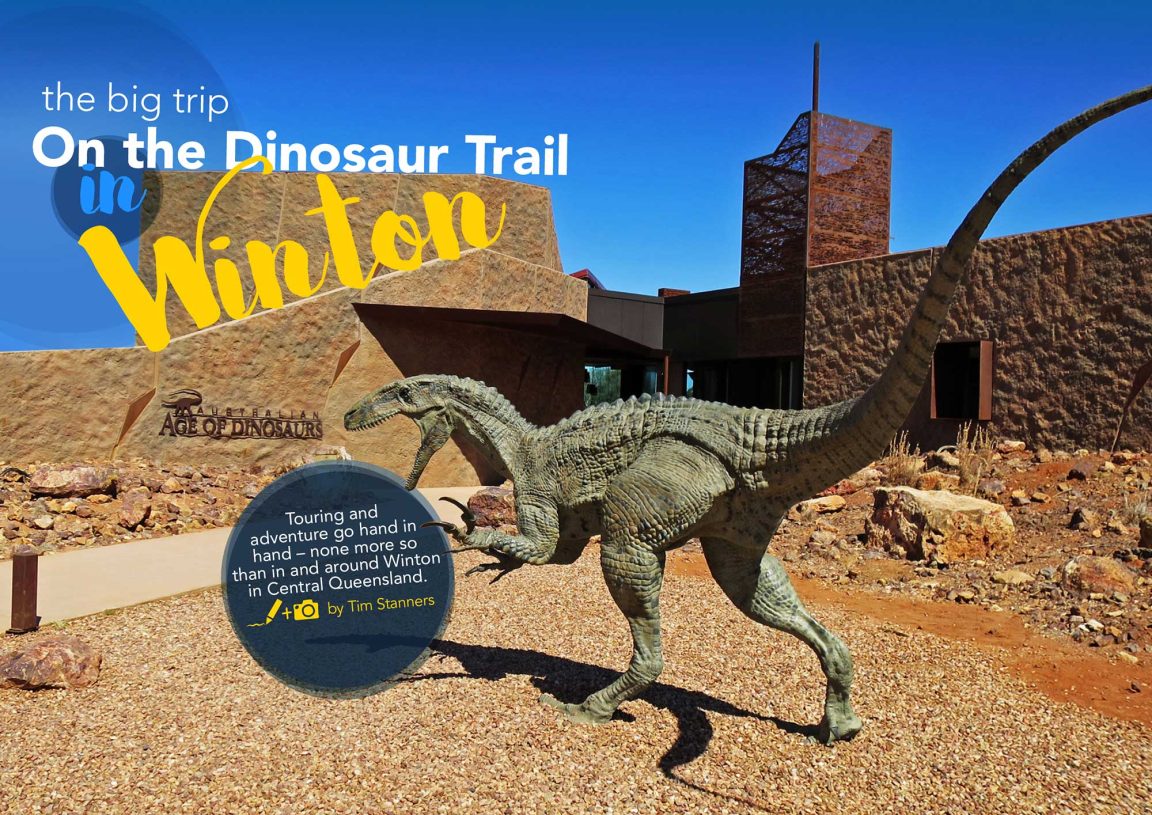 Touring and adventure go hand in hand – none more so than in and around Winton in Central Queensland.

There’s plenty of route options when it comes to getting to Winton as your central destination. Whether you head up the coast from Brisbane to Rockhampton and across through Emerald and Barcaldine, or you take the slightly more direct inland route through Toowoomba and Roma, there’s certainly a lot to see and do along the way. Plan to take some time in and around Winton and Longreach and you won’t regret it!

Getting there is part of the journey, so take your time to stop off at some of the outback towns. Roma, Charleville, Augathella, Tambo, Blackall and Barcaldine all offer plenty of ‘see and do’.

Stop over in Charleville for a unique marsupial experience with The Charleville Bilby Experience. These cute little critters are lucky enough to have a dedicated rescue centre and breeding program with the intention of re-introducing them to the nearby Currawinya National Park. Visit these nocturnal creatures during the day, then head to the Cosmos Centre for a night of planetary star gazing. The Cosmos Centre plan month-by-month highlights to give you the best opportunity for viewing planets, globular clusters and coloured stars.

Further north, stop off at the oldest town in the central-west region of Queensland. Tambo, which was settled in 1863, has an interesting heritage walk which takes you around town and past some of the older historically significant buildings. Pubs and coffee shops are prolific in Tambo too which makes it a great little place to rest up for a day on the drive north.

From Tambo, it’s only a few hours drive through to Longreach which has plenty of outback Queensland attractions. Take your time to visit the Stockman’s Hall of Fame, the Qantas Founders Museum; there’s even the Kinnon and Co. paddle wheeler, which runs down the majestic Thompson River. Either way, you could quite easily spend a week or two in Longreach and do as much or as little as you want between the local attractions. If you’re keen on some river bank relaxation, bring your fishing gear and try for some red claw in the Thompson River.

Accommodation wise, there’s two caravan parks in town: the Longreach Caravan Park and the Longreach Tourist Park, both of which are within easy access to the major attractions as well as the town itself.

A little under 200km northwest and it’s the dinosaurs around Winton which will really hit you for six. The Age of Dinosaurs on the eastern side of town is a must-see. I’d recommend you do a little research beforehand to plan your dinosaur trail experience. The Museum runs short dinosaur fossil tours as well as longer dino experiences which range from one to ten days and allow you to prepare actual dinosaur fossils for display. Alternatively, the ‘dig-a-dino’ experience, as it’s name suggests, gives you a week to go on an actual dinosaur dig. These digs are limited and sell out quickly each year, so if palaeontology is on your bucket list, then this is your chance.

Without doubt however, one of the greatest dinosaur experiences in the world has to be the ‘Jurassic Park’-like dinosaur stampede at the Lark Quarry Dinosaur Trackways – now known as the Dinosaur Stampede National Monument. It’s the world’s only evidence of a real dinosaur stampede, fossilised into the rock surface. Plan a full day to see over 3,300 of these dinosaur footprints scattered over the rock face. Situated 100km south of Winton, it’s a dinosaur experience not to be missed.

Winton town itself has plenty to offer too, with the Waltzing Matilda Museum still operating after a major fire last year and lengthy restoration activity.

For any machinery buffs, there’s the Winton Heritage Truck and Machinery Museum, and when you’ve worked up an appetite sight-seeing, try a meal at the North Gregory Hotel.

There’s only a couple of choices when it comes to pulling up in Winton for a few days. The Pelican Caravan Park offers fuel discounts of up to six cents per litre for a three-night stay. Alternatively, there’s the Matilda Country Tourist Park or the Tattersalls Caravan Park, right in the centre of Winton with check-in across the road in the Tattersalls pub.

How to get there: From Brisbane, head out through Toowoomba, Roma, Barcaldine, Longreach and then on towards Winton

Why not head down through the Diamantina National Park towards the hot spring at Bedourie and then check out the biggest dune in the Simpson Desert, ‘Big Red’, just outside of Birdsville. 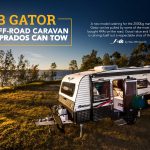 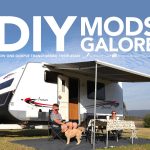