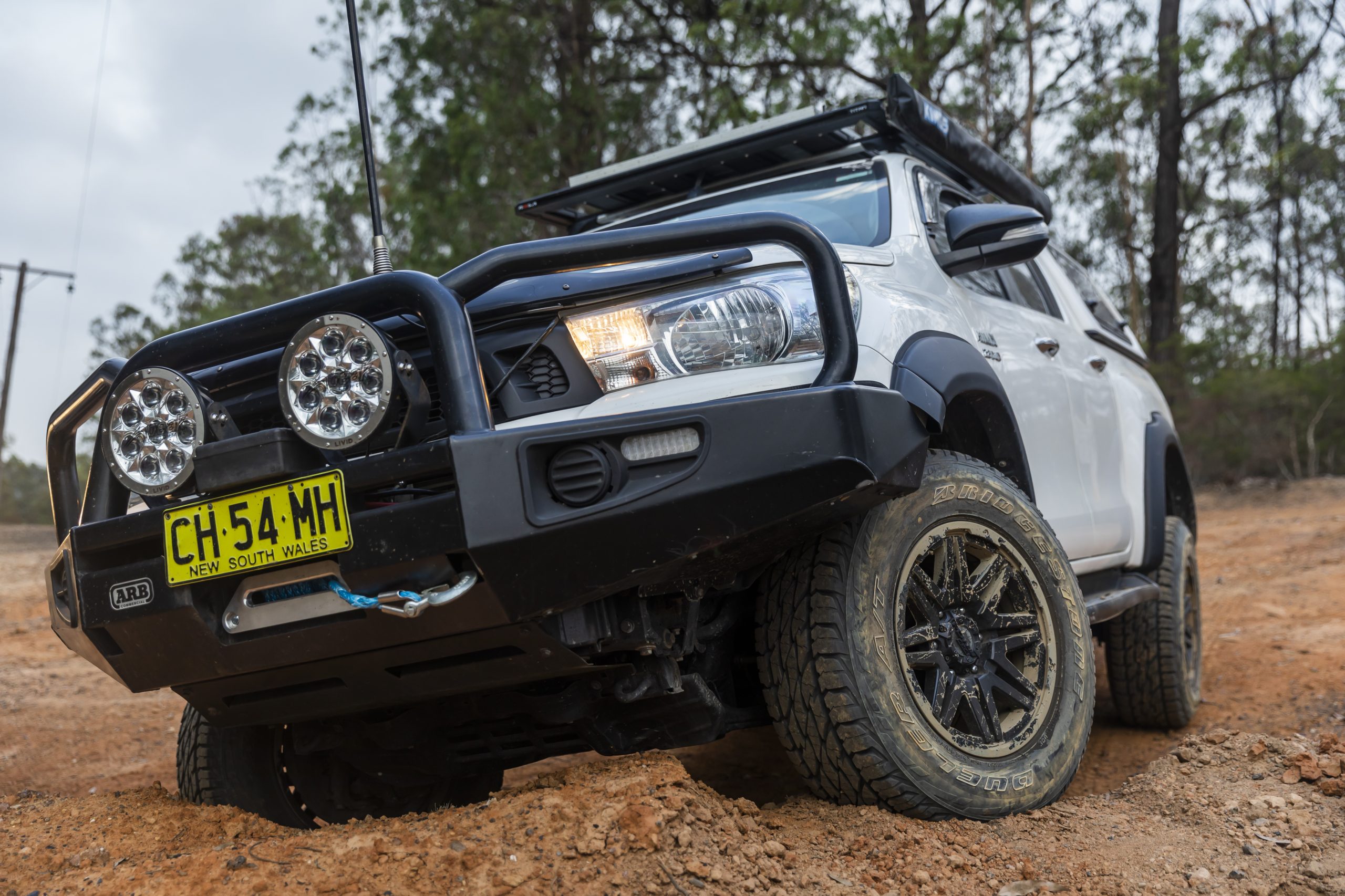 The Bridgestone Dueler A/T 697 is no new contender on the market; the design has been around for a little over three years now. We fitted a set with instructions from Bridgestone to put them through their paces and, essentially, drive the backside out of them. So far, so good; and we’re not being gentle with them! They’ve got a touch over 8000km on them at the time of writing, and these are our first impressions. Make sure you stick around; we’ll get back to you in a few thousand more and give you a longer-term in-depth review once we’re up around the 15-20,000km mark. 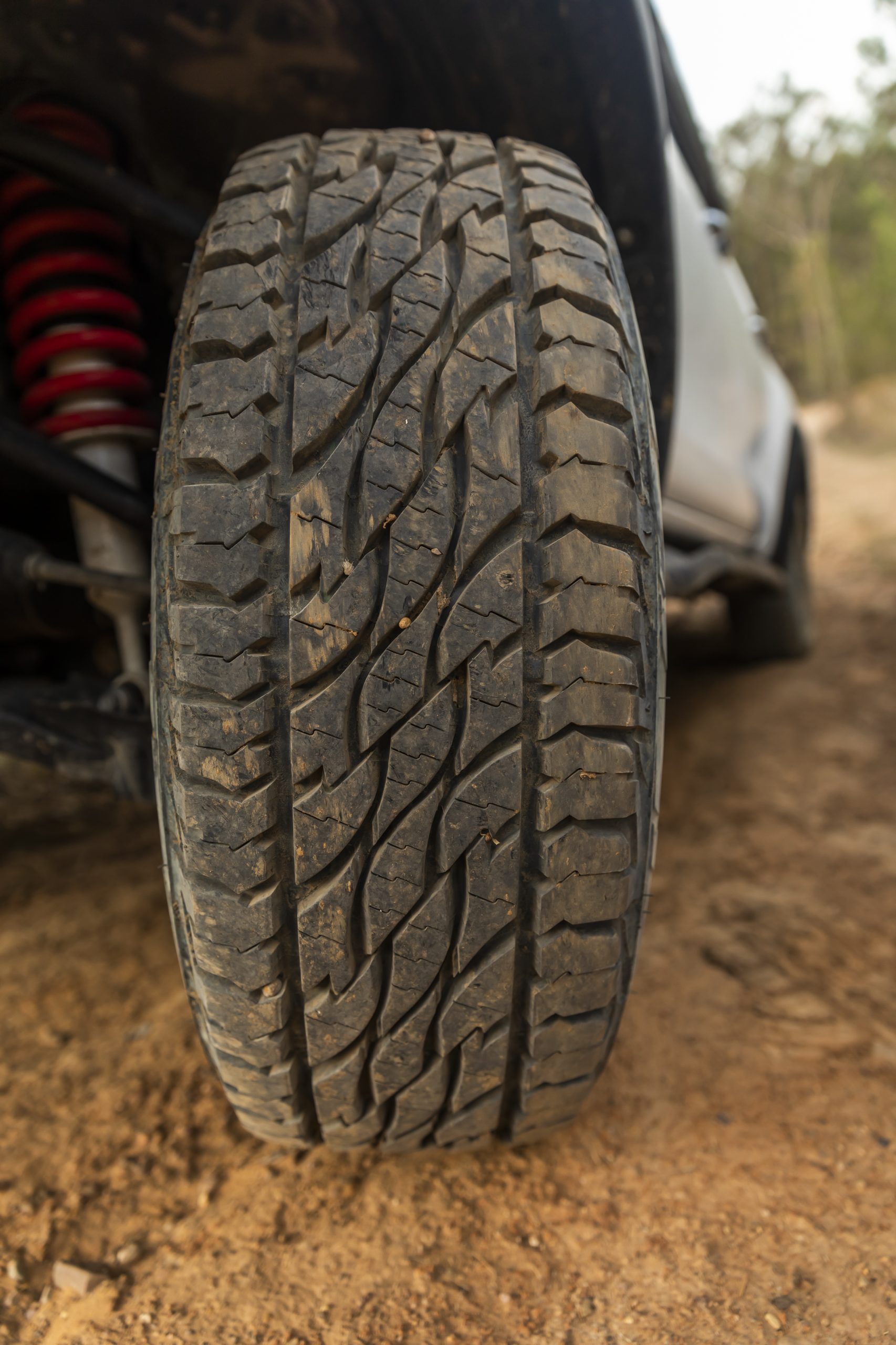 First off the bat, the Bridgestone Dueler A/T 697 is not the most aggressive all-terrain, but neither is it the most sedate. It hits the middle of the road (pun intended) insofar as A/Ts are concerned. Based on first appearances, the tyres look good, semi-aggressive, and yet scream at you as though they’ve spent hours and hours in a design suite getting them right. Interestingly enough, they did. You’ll notice the larger mass tread blocks, fewer sipes in the shoulders, and a nice square shoulder block. This will help with wearing properties and also assist while off-roading. Although not aggressive like a muddy, they are still quite aggressive for an A/T, with big blocks close together, so they’ll behave better on the road while still grabbing and clawing at rocks, mud and clay to get you moving in the scrub.

Most sizes are available in Light Truck (LT) construction, so you know you’re getting a solidly-built carcass that will take a hiding, not just suit the mall-crawling some are made for. The Bridgestone Dueler A/T 697s tested here come in an LT265/70R17 flavour to suit the N80 (GUN126) Toyota HiLux we’re using as a testbed for them. 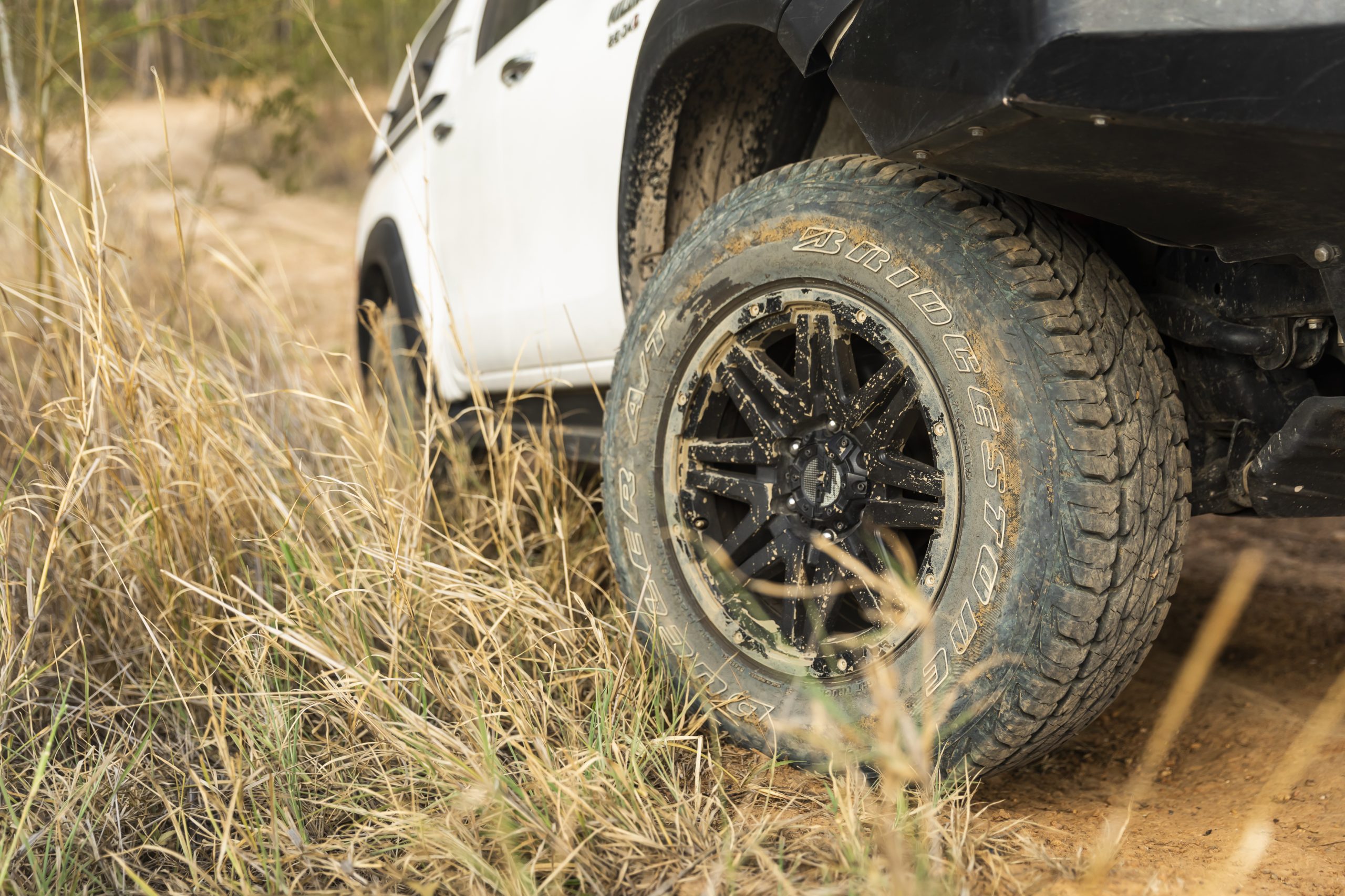 The Bridgestone Dueler A/T 697 were fitted at the Bridgestone Service Centre just down from the RV Daily HQ, in the guts of Sydney. I live out the back of Newcastle, so it was a solid 150km drive home, and the tyres grabbed the bitumen exactly as they should, didn’t wander and didn’t squish around like a lot of new tyres do – they just did their job.

They were quiet on the blacktop when we first got them, and continue to be quiet with 8000km under their belts. This has a lot to do with the tread design; as we said above, hours and hours go into these designs to make sure they are the ideal compromise between off-road ability and on-road manners. Of course, this is the reason they’re called all-terrains. They’re driven daily to and from work and they do the family rounds, and they do these jobs well.

We’ve driven the D697s in the wet too and they exhibit exceptional grip on slick bitumen, and good braking performance whether the Lux is loaded or not. 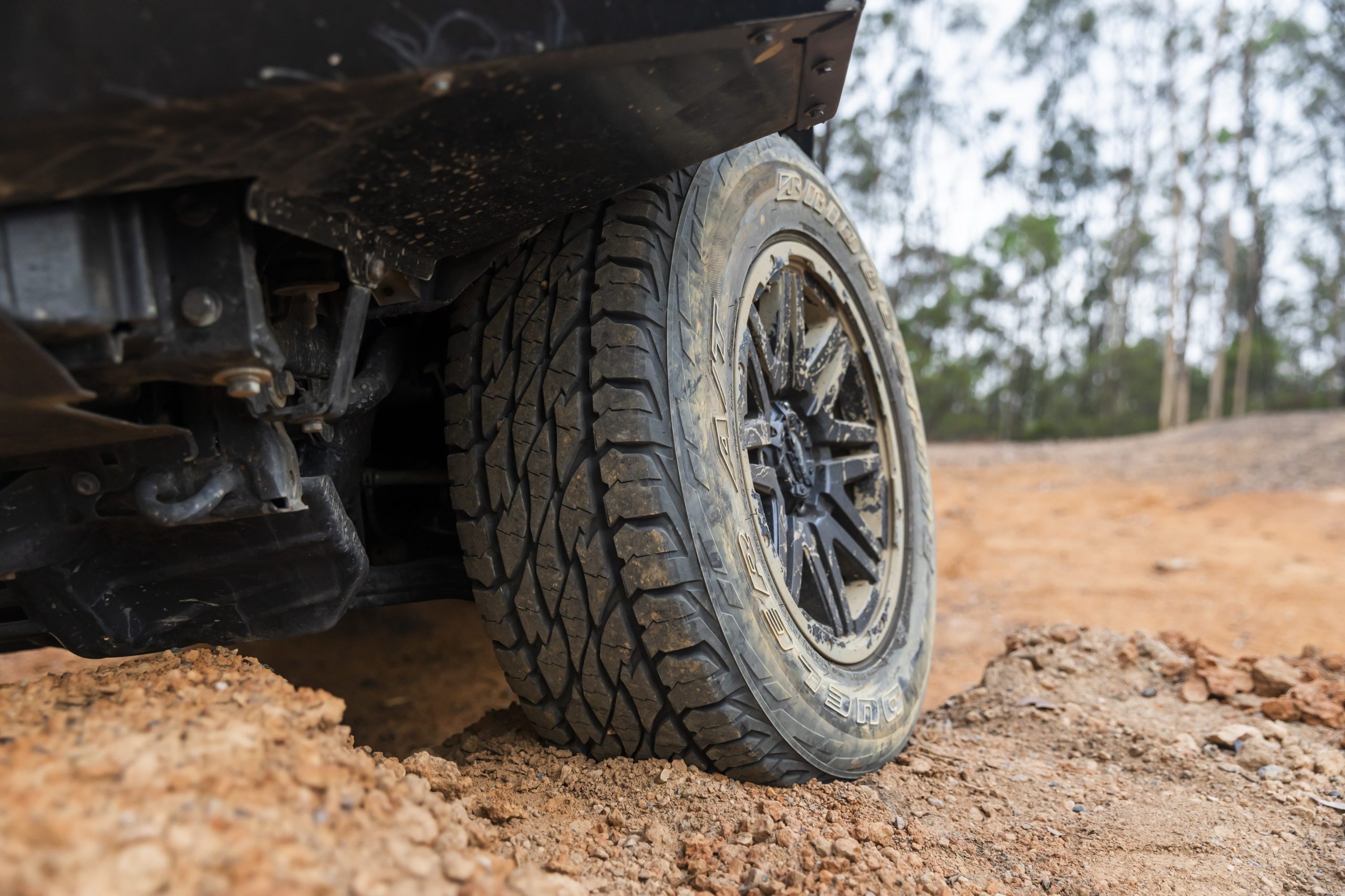 For an all-terrain tyre, the Bridgestone Dueler A/T D697s perform well off the road. We put them up against the Firestones fitted to my HiLux that you may have read about in a previous yarn. These Firestones are one of the angriest muddies on the market, and yet the D697s still fared pretty well against them.

They chased the Firestones up and around some proper boggy holes, and clay-smeared hills, and there was only one clay climb on which they couldn’t match the Firestones, so we had to resort to running the winch out to get it up the hill. That said, everything else, from clay hills, mudholes and rutted-out slick tracks, they managed just as well as the Firestone muddies. And the ride to and from the local four-wheel drive tracks was quite a bit nicer on the D697s than on the muddies.

On sand, they absolutely eat it up. They bag well when running much-reduced pressures and, thanks to the close-together tread blocks they quite happily roll up and over the top of the sand, instead of trying to dig their way through. They managed to conquer Stockton Beach at 16psi and, for those who know the beach, it’s often a 12psi-and-hope-for-the-best beach run.

On the dirt roads we ran between harder off-road tracks, they held on well to the gravel and it took quite a bit of pushing to get them to break lateral traction. When they did end up hitting the limits of adhesion they exhibited a gentle and progressive slide, not a sudden sideways kick.

At the end of our off-road foray, the Bridgestone Dueler A/T 697 held up bloody well for what we put them through. Sure, they’re not quite as capable in the proper dirty, sloppy, gritty stuff as mud-terrains, but they’re way better on the road.

I’m rather impressed that the 697s didn’t feel like a compromise tyre, as they delivered strong performance on the road and off it. Sure, they’re not a racecar tyre, nor are they a rock-crawler, but they’re perfectly suited to those who use their rig as a daily driver and an escape machine.

If you’re in the market for some new tyres, and you’re interested in reading some more on the Bridgestone Dueler A/T 697, head over to Bridgestone and take a look for yourself. We reckon they’re worth a thought the next time you’re up for new rubber.