OUTBACK OVERTAKING GUIDE: DON’T GET CAUGHT IN THE CROWD! 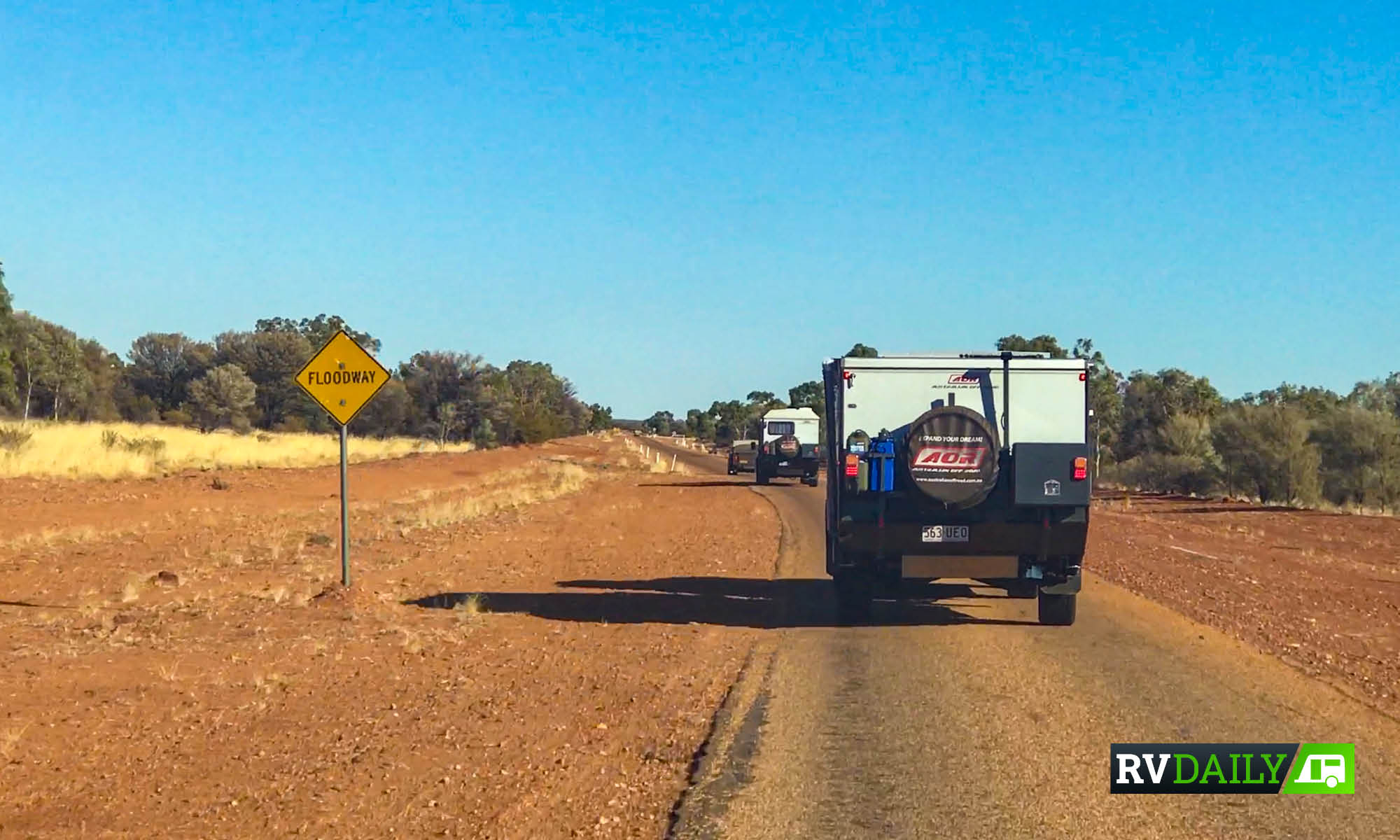 Overtaking takes concentration and co-operation. Here’s how to get it right; and wrong

The Big Red Bash was on again this year and I believe it was another great success. I knew it was on as I got caught in the traffic heading out there from Windorah. With so many vans heading to Birdsville, there was a steady stream. Why was I caught in the crowd? I wasn’t towing and I had places to go.

We’ve all been caught behind a slower vehicle. It might be a truck, a trailer or even a tractor. On the main highways where there are plenty of passing lanes it’s pretty easy. Keep to the left, maintain your speed and let the faster vehicle pass. Outback driving is a little different as there are very few passing lanes and often the bitumen is one lane.

The line of vans that I got caught in were very courteous and did all the right things. This yarn is not about having a go at anyone. It’s looking at the realities of outback travel and the passing opportunities that exist. The last video is one from left field and is not to be recommended… but this is a true story.

CAUGHT IN THE CROWD – HOW DO I PASS?

The road west from Windorah is pretty typical of outback roads in terms of one-lane bitumen. It was reasonably straight with not many hills and lots of rocks on the side. One difference was that it was crossing the Channel Country where there were many floodways as the bitumen widened to two lanes. Too easy, you
might think. The downside of the floodways was that there were no warning signs to let drivers know when they finished.

To make this more difficult, the bitumen was a very similar colour to the gravel on the roadside. Add to this, there were a few one-lane grids close to the floodways just to make it interesting.

The towing drivers in front always pulled to the left in case I wanted to overtake. On a couple of occasions I started to overtake before realising the floodway was soon to end. In these cases, I pulled back behind the van. Had I continued, either myself or the van may have ended up in the stones as the bitumen ended. I wasn’t keen to spray the other vehicle with windscreen-breaking rocks, so the dance continued until there were two lanes of bitumen wide enough for both vehicles.

ONCOMING – WHOSE MOVE IS IT?

Oddly there were a few vehicles heading away from Birdsville, so the issue of oncoming traffic on a one-lane road eventuated. The etiquette is generally that the smaller vehicle would move to the left and give way to the larger oncoming vehicle. An oncoming sedan moved completely off the bitumen for the vans, and moved one side of his vehicle back on to pass me. All good.

A larger 4WD vehicle decided that he would maintain one side of his vehicle on the bitumen as he passed the vans. They had to move to their left, dropping one side of the van and vehicle off the bitumen onto the rocks. The larger the van, the more difficult this might be. I was following some off-road vans so they took it in their stride; however, a novice driver with a large van could get themselves in trouble with this manoeuvre.

If a road train approached, it was simple. Everyone else got off the road and slowed down or stopped. Some of the road trains in this neck of the woods are over 50m long… so stopping as they pass is a good option. There are occasional signs to remind you of this.

After the road train has passed, this is a good opportunity for faster vehicles to overtake the towing vehicles as they have either slowed right down or stopped to the side of the bitumen. This works well. It is best to ensure your lights are on so that you are more visible in the mirrors of the vehicles being overtaken. You may briefly flash your lights, but they are required to be on low beam within 200m of another vehicle.

The vans I was following were great at moving to the left at any opportunity on the two-lane bitumen, which made passing as safe as possible. They chose not to move to the left and onto the rocks unless they had oncoming traffic. I appreciated this as I didn’t really want to be sprayed with rocks.

When I came up behind a camper-trailer, the driver slowed down and moved completely off the bitumen onto the side. As he had slowed, and the camper-trailer was not large, rocks were not too much of an issue and I was able to pass quickly while remaining fully on the bitumen.

ONE FROM LEFT FIELD

Yes, it was possible to do what this and a couple of other drivers did; but I’m not sure how they would have gone with insurance if things went awry or the if local copper may have had a few words. As we and the vans approached, two oncoming vehicles chose to move off the bitumen to the outside of the guideposts and continue along at speed. I certainly would not be recommending this as a passing manoeuvre.

You do see a number of strange things west of Windorah. On one trip, we saw the vehicle in front of us swerve off the bitumen to the right, outside of the guideposts, without slowing. It drove along like this for a few minutes and we noticed that there were a few black objects moving about near it as well. The driver moved back onto the road and kept going. When we got to where he’d left the road, we saw that he was chasing wild pigs with his 4WD. Unfortunately, I didn’t have the camera rolling on that one…