Did the turbo-diesel onslaught kill what’s really an economic fuel choice? With diesel priced on par with (or more than) petrol, we re-examine LPG.
Words Colin Young

LPG – Liquefied Petroleum Gas – has long been successfully used as a beneficial ‘alternative fuel’ for cars and trucks; especially those that have a high fuel consumption rate and travel long distances each year. Having slipped off the radar, however, it may well be called ‘the forgotten fuel’.

LPG has significant technical, environmental and financial advantages over petrol and diesel, and has its plusses and minuses for RVers – both for motorhomes and for tow vehicles of caravans.

It is certainly worth considering. While the number of (automotive) LPG refuelling facilities around the country may be widespread, probably having two completely separate fuel systems on board is the preferred way to go.

There are three vital points to carefully consider when adding an LPG system to a vehicle:

ADVANTAGES
Abundant local supplies: Vast reserves, without relying on imports.
Cheap: Usually a fraction of the cost of petrol and diesel.
Readily available: Excellent infrastructure, except in remote areas of the country.

HOW LONG WILL IT TAKE TO RECOVER THE COST OF CONVERSION?

The payback time depends on a number of items, these being the:

It’s a pity that LPG is not sold in $/kg, rather than $/litre! There are a number of online calculators available, where you can quickly determine the payback period by simply inserting the above figures.

*Because of LPG’s low density – as a liquid – compared with that of petrol, one would think that its fuel economy (litres/100km) would be much worse than it is. Older carburation systems typically had a 30% drop in fuel economy, whereas newer injection systems have a typical drop of around 20%. Some engine designs perform extremely well on LPG, some are not as efficient.

LPG is stored as a liquid (at a moderate pressure, depending on the ambient air temperature), but enters the engine as a gas. This gives ‘the best of both worlds’ – a long driving range is achieved, and combustion efficiency (good fuel/air mixing and clean-burning) is significantly improved.

LPG has a very high ignition temperature; hence it adds even more safety benefits in any accident situation. Of course, there always has to be a downside to any benefit, and in this case it means that a much hotter (higher-energy) spark will be required in the combustion chamber in order to ensure that it ignites every time you want it to.

LPG is technically a superb automotive fuel, from a combustion point of view. It has a very high octane number (up to 110 RON), and fairly low susceptibility to pre-ignition. This means that the fuel can withstand higher compression without detonating. One can actually get something (extra power and fuel economy, in this case) by increasing the compression ratio, or turbo/super-charging the engine.

Because propane is near the top of the hydrocarbon tree, its boiling point is low and its static flame speed is slow. This means that for the best get-up-and-go power and economy, you need plenty of low-down ignition advance; however, you do not get any ‘internal cooling’ with LPG… hence you need to limit the top-end advance. Like unleaded petrol, there is not any lead in LPG; hence hardened valve seats or inserts are required.

LPG tanks are only filled with (liquid) LPG to 80% of their capacity. This is to provide an ‘expansion chamber’ for the liquid fuel, which expands as the temperature (of the outside air, tank and fuel) rises. Liquid LPG expands about 1.5% for every eight degrees C temperature increase.

Unlike a petrol or diesel tank, an LPG tank does not contain any air or water vapour… just liquid LPG at the bottom, and gaseous LPG at the top.

When the engine is running, liquid LPG flows from the tank to the converter/vapouriser, which converts it from a variable high-pressure liquid to a constant low-pressure gas, which then flows to the carburation/injection system.

When liquid LPG vaporises to become gaseous LPG, its volume increases by around 270 times.

LPG IS AN EXCELLENT FUEL FOR:

For spark-ignition engines, LPG can be used as:

FOR COMPRESSION-IGNITION ENGINES, LPG CAN BE USED BY:

Note: It is important to understand what is meant by bi-fuel and dual-fuel. There is much confusion. Originally, and in many overseas countries, the above meanings were (and are) reversed. Dual-fuel LPG/petrol systems are, by the new definition, actually bi-fuel systems… where only one fuel is used at any time.

Preferably, LPG is used as a single-fuel, where the compression ratio and ignition timing can be optimised to provide the best possible performance (power and economy) while ensuring that the engine will maintain excellent reliability and durability. Petrol can be used as a back-up fuel, but it is vital that the ignition timing will not cause engine damage when running on petrol; dual-curve ignition units are available to safely allow petrol to be used as a limp-home fuel.

Converting to a spark-ignition engine requires the injectors to be replaced by spark-plugs, the injector pump to be replaced by a distributor, and the compression ratio to be lowered. Some diesel engines lend themselves better to this conversion than others; lower-compression, higher-revving engines provide the best efficiencies. Diesel engines are way over-engineered for spark-ignition applications; hence their reliability and durability is exceptionally high.

The compression ratio can be lowered by either using thick cylinder-head gaskets, or by machining metal from the combustion chambers in the cylinder head or from the top of the pistons; this latter method can often improve the engine power and economy by providing a better shape of combustion chamber. In some engines, it may be desirable to re-grind the camshaft to provide an improved valve-timing pattern to best suit the particular engine and driving usage characteristics.

Adapting a dual-fuel system does not alter the basic diesel fuel system. There are no spark-plugs, and diesel is still always used to ‘start the fire’ and keep the engine idling. However, as the engine speed increases above idle (as the driver depresses the accelerator), the control system:

However, the critical consideration (in terms of engine reliability) is how much fuel substitution can be safely tolerated before detonation and over-heating occurs. This percentage depends very much on the particular engine design, and the type of engine operation. Stationary (constant-load, constant-speed) engines like generators and pumps can typically tolerate a 95% substitution rate; that is, at any time the engine is concurrently using 5% diesel and 95% LPG. Road vehicles, with their continually changing engine speed and loading, are usually limited to a 70% to 75% substitution rate; however this still provides worthwhile financial and technical advantages. 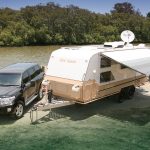