Tyres are your connection to the road but so many are run in much less than perfect pressure. This can lead to anything from poor handling to complete failure, and everything that entails.
By Colin Young, Caravan Council of Australia

The CCA receives many complaints from owners about the poor handling and stability of their caravan on the road.

Some of the causes of this problem are:
• Poor engineering design of the caravan, especially the suspension/springs system
• Incorrect loading – and/or overloading – of the caravan, causing the ball loading to be too high, or too low, and
• The tow vehicle not being suitable for towing the particular caravan.

Another obvious major cause of poor handling and stability, is the incorrect selection of tyres fitted to the caravan be they either original equipment,or aftermarket. In some cases, the tyres are under-rated, or operate close to their rated maximum load capability, when the van is fully loaded.

In the first instance, this is highly dangerous and illegal; in the second instance, this does not provide a reasonable safety factor. In many cases, the tyres are grossly over-rated, such that when the van is fully loaded, the tyres are loaded to only (typically) 50-70% of their capacity.

While opinions of tyre specialists may vary, the general consensus is that caravan tyres should be loaded to around 85-90% of their maximum rating, when running at their normal maximum load i.e. when the van is fully loaded.

It is important that a tyre is inflated to the recommended pressure for the load that it is carrying. The Handbook of the Tyre & Rim Association has a detailed listing – for each tyre size designation – of the recommended inflation pressures, for various tyre loadings.

The reported complaints are of one of two issues, with the van:
• Swaying, or wallowing, badly, or
• Skipping, or bouncing, badly … even on relatively-smooth roads.

CARAVAN LOADINGS & RATINGS
With the exception of a small number of van brands, it is quite apparent that the “recommended” inflation pressures stated on trailer plates are often grossly different from those normally considered to be optimum, and frequently the recommended (and fitted) tyres are grossly over-rated.

A problem, that has been highlighted by a number of van owners, concerns the allocation of the GTM (Gross Trailer Mass) Rating in relation to – or as a ratio of – the ATM (Aggregate Trailer Mass) Rating. A common question is: “How do manufacturers determine the GTM Rating of a van”? One very important safety issue of concern relates to “non-load-sharing suspension” systems. VSB-1 prescribes that a 120% Safety Factor must be considered with regard to the GTM rating and the axle-group rating. In other words…
In a non-load-sharing suspension, the load-carrying capacity of each axle in the group – and the wheels and tyres fitted to it – is at least 120% of the load on that axle when the trailer is fully-loaded… i.e. loaded to its ATM Rating.

Sometimes it is not possible to load a van to its ATM Rating (all-up mass), without exceeding the GTM Rating (axle(s) loading), or the ball load rating. The chart on the left allows van owners to check their own situation regarding Loadings
and Ratings. 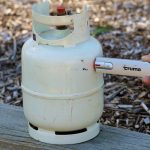 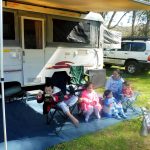