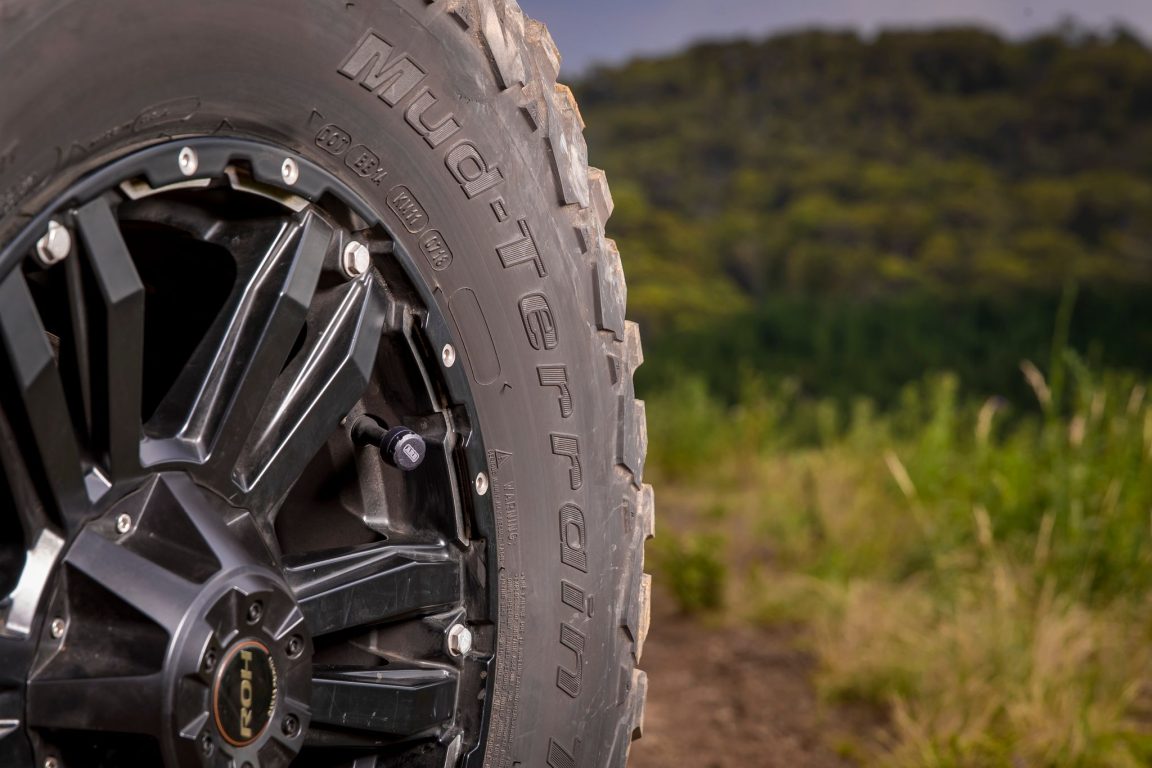 We look at everything you ever wanted to know about TPMS

The Tyre Pressure Monitoring System (TPMS – the T is important!) really is no new thing. There have been more than a few come into the market, especially as a retrofit option for older vehicles. That said, there are many new vehicles (especially those from the U.S. of A. and Europe) that come with a TPMS factory fitted. We figured it was about time to sit down and discuss this intriguing bit of kit and look at how it works, why they’re a bloody good idea, and how they can save both your back pocket and your life.

What is a TPMS

The easiest way to explain a TPMS is that it’s precisely what it sounds like; a Tyre Pressure Monitoring System. It involves a transducer attached to a pressure sensor, that reads the pressure of your tyres. It then sends that signal back to the remote screen, usually mounted on your dash, or in your dash cluster if the TPMS is factory fitted. We’ll focus more on aftermarket options mostly, as being able to put them on the caravan or trailer is where things are crucial for us.

There are two main types of monitors that you can use with the system. The first is external. These will usually screw on to the valve stem of your wheels (essentially replacing the little black caps), and they hold the pin in of your valve. This allows the pressure gauge to read the current pressure, and then send that on to the main unit in your vehicle.

Internal systems are most often part of the valve stem that you use to inflate the tyre, and once they’re fitted, you’ve not really got to think about them. They sit inside the tyre/wheel, so out of sight, out of mind. Same too, they then send the pressure information through to the unit in the cab.

Both systems work on a wireless setup, in that each of the sensors has an internal battery (essentially a watch battery), and they send the data wirelessly to the main unit. The batteries in the sensors should last a fair while, as they have motion sensors and only send data when in motion. The only thing you’ll need power for is to run the main unit, which usually runs on a ciggy socket. That said, some also have the ability to display pressures via a smartphone app, however still need the master unit to read the data, and then send that to your phone.

All of the systems will give you a display, whether on the main unit, or via a phone app, but they will also have an audible and visual alarm when they sense that a tyre’s pressure has gone down by a specific pressure or percent. So aside from having to glance at the screen of it every so often to confirm things are in check, if something goes wrong and you’ve not noticed, it’ll start beeping and flashing at you, too.

Worth noting, ARB has gone one better than just having a ciggy-socket-powered display and has adapted a ciggy-to-USB plug, to also include a display that will show your pressures, and charge your devices; a nice bit of multi-purpose kit if you ask me. Plus you don’t lose a charging socket.

Why would I have a TPMS system for a caravan?

This is where it gets interesting for us. Those that are going to argue ‘we didn’t need them when I was younger’ should take note here. Nearly all Tyre Pressure Monitoring Systems on the market, are able to have more than just four sensors. For example, the ARB TPMS can monitor up to nine sensors at once, the Davies Craig Tyre Guard can have up to 22 sensors, and the Tyre Dog TPMS can read up to 36 sensors if you want to get really carried away.

Unless you’ve entirely missed my intended point here, not only can the TPMS monitor your vehicle, but you’ll also be able to keep an eye on the van or trailer too. If you have a front tyre start to go down, you’ll notice it in the steering pretty quickly. If you happen to have a dual-axle caravan tyre start to go down, by the time you feel it, your caravan or trailer will be trying to wag the dog.

So beyond the safety aspect of being able to keep an eye on, and have an alarm for, your vehicle and caravan tyres, a Tyre Pressure Monitoring System can absolutely save you money.

What are they worth?

You’ll find cheap dodgy jobbies on eBay for around the $100 mark. But, as with anything, you’ll get what you pay for. Considering the purpose of the system (when you really get down to it) is to save your life, cheaping out is not the wisest idea. A decent quality option can be had for around the $300-$400 mark; it’s worth the investment.

But how’s a TPMS going to save me money?

Two ways, actually. First off, if you do any kind of remote touring, think outback dirt roads, chances are you’ve had a flat out the back of buggery, and you’ve often run a few hundred metres before you’re able to pull up somewhere safe, once you’ve noticed the tyre is flat.

If you’ve noticed it early enough, and there’s still enough air to keep the wheel from running on the inside of the tyre tread or sidewall, chances are, you’ll be able to find the leak, plug it up, and carry on your merry way. If you don’t get to pull up before it’s completely flat (like I have more than once), you’ll be running the entire weight of that corner of your tow-rig, or van, through the rim, on to the inside of the tyre. Let me tell you, tyres don’t like it. That weight is enough to warp, buckle, and generally dust the tread plies of your tyre. So even if you find the original leak, plug it, and pump the tyre back up, chances are the tyre will be stuffed.

As a young whip, I did exactly that; drove about 100m on a dead flat tyre – which was just me trying to find somewhere to stop. After fixing the leak and pumping the tyre back up, I got 300 metres down the road before I noticed a wobble in the car (more of an earthquake, since we’re being honest in reliving one of my more harrowing moments). Long story short, the air in the tyre had been able to push between the damaged tread and sidewall ply, and I had a bulge the size of a basketball protruding from the sidewall of my six-week-old 35-inch mud-tyre (remember I was young back then). By the time I’d worked it out and threw an anchor out the back, the tyre had blown, the car was careening all over the road, and I’d left a stain on the seat. Despite what was arguably the greatest (or worst) pucker-factor I’ve ever experienced, I was out of pocket $450 for an all but brand-spanking-new-tyre. Being able to notice the reasonably slow leak I’d developed most likely would have saved me buggering the tread and tyre plies (and the hole I created in the base of the seat), and I’d have been able to plug it and keep it as a good spare, instead of it shredding itself.

So, aside from having to buy new tyres if you do get a leak, and shred them, you will also save on fuel costs. Yep, really. Interesting fact for the day, Tyre Pressure Monitoring Systems were made mandatory on all cars coming out of Europe from November 2014. Besides the safety aspect, it was introduced as a way to reduce CO2 emissions. Sounds a bit odd, right? Except when you think about rolling resistance and drag. If your vehicle and van are running at say 20psi as opposed to 40psi, there will be much more friction where the rubber meets the road, as it were. Thus, requiring more fuel to keep the vehicle moving at speed. So, by being able to keep an eye on your tyres, if you do happen to drop a bit of pressure, you’ll notice, be warned by the TPMS, and be able to get the tyres back to an appropriate pressure for excellent rolling resistance, and your weight.

Now that you know how a TPMS works, and how they can save your bacon (literally and figuratively), keep your eyes peeled on RV Daily.  The plan is to run through a video for you, our avid readers and explorers, of my system and look at the practical side of what they look like, how they work, and what features you should be looking for when you’re after a TPMS. 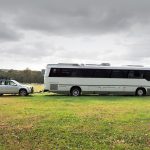 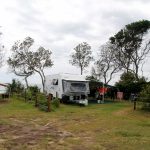