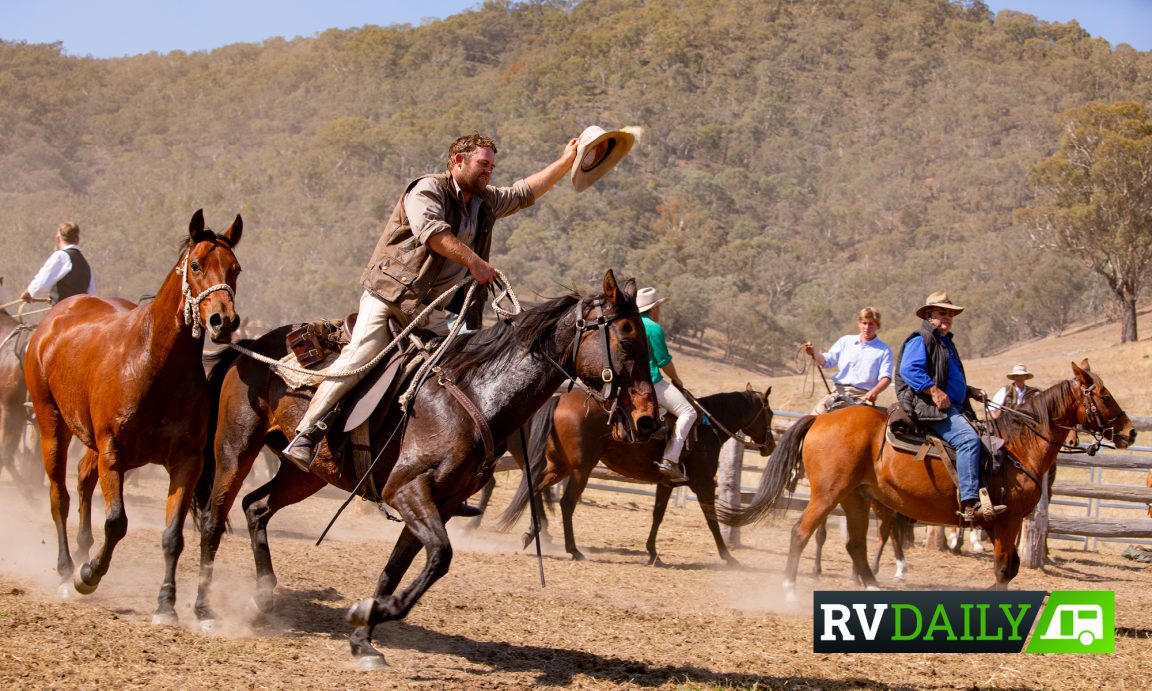 I admit I was sceptical. Reluctant even, despite my colleagues’ insistence that the Man from Snowy River Festival was a brilliant, not-to-be-missed event. They’d all been to last year’s festival and came home with whips. The last time I did something similar it raised all sorts of questions, although it also questioned my decision to come home on the bus dressed like… that.

Safe in the knowledge that public transport was not involved, I jumped in RV Daily’s long-term Isuzu MU-X and headed down the Hume to Albury. This was my first mistake. I hadn’t read the email properly, the one that detailed my caravan for accommodation at the event was to be picked up from Yarrawonga, an hour or so west of Albury.
So while it was the right direction, I left later than was helpful, resulting in a reduction in my operating capital from a man in a blue suit who was driving a car with an illuminated roof rack. It was amazing how much of the countryside I saw for the rest of that afternoon.

Arriving at Yarrawonga Caravans to collect a Lakeside Eppalock 21-footer, the fuel light in the MU-X came on and meant that working out economy numbers would be even easier with precise breaks between towing and not. (I was to have an even more eventful run back to Y-Wong.) In the late afternoon glow, Lake Mulwala looked glorious – no wonder the locals were taking advantage: boating, skiing, and knocking a large stock of golf balls out over the sunken trees that give the place such an eerie feel. I learnt in a local café that they drain the lake every few years to stop the algae growth; maybe that’s when they get their balls back.

The sunset provided a great backdrop for a photoshoot. Courtney from Yarrawonga Caravans had booked me into the local van park because I didn’t see the point in driving over to the festival site at Corryong (a couple of hours’ away) in the dark. And anyway, the drive was to turn out so scenic that it would have been a real shame to have missed it.

Water, and indeed wine, is never far away as the Murray River indirectly plots your course through towns like pretty and historic Rutherglen. The road flanked by farmland, and vineyards with signs inviting tastings and grazing plates (a new one on me) undulates markedly and requires extra concentration while towing. I hadn’t time to stop and sample anything as soon enough, Albury almost came again and then Wodonga, roundabouts and the Murray Valley Highway presented the Wodonga to Sandy Creek Rail Trail and the magnificent lake vistas to my left. The floodlands through here are vast and on this trip terrifically green. Black cows were enjoying what their New South Wales’ sisters were not; abundant feed. It was distraction enough, but I had somewhere to be.

Full to bursting campsites as I closed in on Corryong around lunchtime indicated something was happening. Private land in town offered as camp space confirmed it. As did the amount of traffic. Where to halt my own rig and find the festival office became my first challenge but thankfully one easily overcome right alongside the event fence. My welcome pack as ‘Media’ was there and the helpful staff gave me directions on where to head to park up for the next few days. Which I promptly forgot. Three sets of volunteers later (and thanks Heidi) and I was set up with plenty of room right in easy reach of the festival’s centre.

So what to do? Despite my workmates’ enthusiasm that I attend, none of them had actually pinpointed what to look out for and this was very nearly my undoing. Now, I could have read the programme, yes, but that’s akin to a bloke reading the instructions, so it took a friendly lady called Robyn to explain what was in store. Robyn Cuzens is a photographer, and one passionate about horses, so she was in the right place – especially since she was actually contracted to be there for the event. She explained that the main focus of the festival besides the competitions in horse craft that attracted large numbers of local and interstate entrants, was the re-enactment of the Man from Snowy River poem, of Banjo Patterson fame. Ah, now I got it. While the arena-based events were hugely popular, it was the re-enactment, staged off site a few kilometres away on a hillside at Thowgla, that drew the large crowds. And this year was to exceed all expectations. Robyn decided that we should meet early the next morning and head up to the staging area; it was to prove a wise move.

As I toiled in the van that evening on the pages of the magazine, I listened to the soundtrack for the Australian movie that shared the poem’s title; it would have been good to see it along with the festival’s attendees sat in front of the big screen.

Dawn. It doesn’t seem such a drag to be awake at that hour out here as it does in the city. With my gear packed the night before, I ambled off to find a coffee or two and a bacon roll from the team at the Lions food stall. I watched the festival start to come to life. Plenty of hats, I thought. And thought of my own Akubra, languishing in Sydney, not among its own kind. These ones looked more suited, mind you. And booted, with a familiar theme happening at ground level too.

As Robyn and I arrived so early at the set for the re-enactment, the crew outnumbered the visitors. In the main area beyond the fence Guy McLean, the ambassador for the Australian Stock Horse Association and all-round ace horse pilot, was working with his horses. An incredible display of trust and control – on both sides. A working relationship between friends. Listening to Guy talk about his life, horses are his life-long passion. Guy was to be an integral part of the re-enactment and the festival.

As the crowds grew, the start time had to be delayed. A queue could be seen of vehicles trailing all the way back to town, about 5km away. Such is the popularity of this part of the festival, however, the sheer numbers (I’d heard 6000) arriving had taken even the organisers by surprise. In the end, of course, the show had to begin.

With displays, readings, ride-pasts, and the full poem recited aloud from horseback by Guy, then the release of the wild colt and its eventual round-up and chase back, to the excitement of the crowd, by a throng of local horsemen; down the hillside they galloped until the tearaway was corralled, and the event was over. If you’ve never witnessed horses and riders tearing around the countryside relatively close up, I can assure you it’s stirring stuff. Caught me by surprise…

The festival campsites were huge, filled with all manner of vans and campers, but all within easy walking distance. I chatted to all sorts of folk, realising, after my initial misgivings, that if you’re also wondering if the event is right for you, it probably is. Following the street parade through Corryong, where the locals also got to show off their community some more, entertainments from music to bush poetry took over. Campfires were lit, barbies were fired up, froth was knocked off and corks popped. Crystal-clear skies changed from the light blue of day to dark, and chilled night ink. And the stars came out. That night the biggest appeared to be country music’s Beccy Cole and Adam Harvey, along with local favourite Fanny Lumsden, to let those not blanket-wrapped and seated, warm themselves by dancing along to the music until late. The atmosphere was also warm.

All the while, from very early in the morning, there was serious competition going on. Several arenas and courses held stages of the main prize – to win the Man from Snowy River Challenge.

I had to do just that on Saturday afternoon. I hitched up and reluctantly had to leave. My mind completely changed about what is absolutely a fantastic event. If you’ve been, you’ll know. If you haven’t, then, well, it’s time you found out. A big hat isn’t necessary, you’ll be welcomed in any case, and you can buy one at the show. I think I’ll be blowing the city dust off my Akubra and replacing it with the real stuff next year. Man from Snowy River Bush Festival, April 4-7, 2019 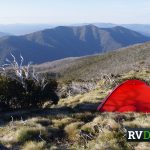 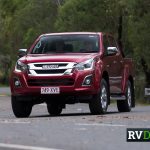