Uluru may well be the beating heart of the Red Centre, but the surrounding tracks, rock pools, salt lake and gorges often remain unseen. It’s time to
re-evaluate this iconic Aussie landmark.

It’s that time of year when northern and central Australian tourism takes off. Cool, clear nights followed by stunning warm days make for adventures like no other. The mass migration of caravanners to this region is testament to its incredible allure. The most centrally located tourist region in the country and a stone’s throw from one of our most isolated outback towns – Alice Springs – the Red Centre is home to many icons. But Uluru and Kata-Tjuta – formerly known as Ayers Rock and the Olgas – are really just a small part of this landscape.

If you’re an Alice Springs local, it’s only a day trip, but travel from any other major city in the country and you’ll need to think it through a bit.

Days one and two saw us leave from Sydney, and while there’s certainly some easier options, we made the choice to travel out through the western NSW town of Bourke where we stopped off at the Kidmans Camp and Caravan Park for the evening and were entertained with Poetry on a Plate around the campfire – a great way to relax after a long day on the road. From Bourke, we hit the dirt at a leisurely pace through the towns of Wanaaring and Tibooburra and on towards the iconic dingo fence and the three-state junction of Cameron Corner, where we stopped for a well-earned rest. This route is easily accessible if you take your time and aren’t in a hurry.

From Cameron Corner, it’s out into the South Australian outback region towards Merty Merty and then down the Strzelecki Track to Lyndhurst. From here it’s north towards Maree, right on the doorstep of Lake Eyre, a small outback town with significant history. Railway history, postal history as well as the history of Lake Eyre Yacht Club all make for a fascinating stop before heading west towards Oodnadatta. We stopped for two nights just north of Maree at Muloorina Station, a working cattle station which boasts a wonderful bore-fed billabong with birdlife aplenty – a photographer’s dream.

We headed west onto the Oodnadatta track which can be driven by almost any vehicle, caravan or camper trailer (so long as it’s dry). There’s plenty of camping options along the way at the privately run William Creek and Oodnadatta caravan park and campgrounds.

The track runs right past Lake Eyre South too, which provides a fantastic vista from which to view the lake – or the salt – depending on how much rain has fallen in the preceding months. Don’t miss what was once the longest railway bridge in the southern hemisphere – the Algebuckina – over Neales River. We stayed in the Oodnadatta Caravan Park which was clean and simple, and right next to the garish Pink Roadhouse (which incidentally has one of the best burgers in town).

The drive towards Alice was relatively uneventful. The Oodnadatta track joined back up with the Stuart Highway at Marla – it’s then only 150km to the NT border. From there, it’s just under 300km through to Alice Springs where you can top up on supplies and relax in one of the many caravan parks throughout the town. On the way up, be sure to take the short detour into Rainbow Valley for a sunset spectacular.

We stopped in at the Big 4 caravan park in Alice Springs for a rest day at the end of a full week of adventure, red dirt and amazing amount of swimming along the way.

Gorging out in the West Macs for 7 days

From Alice Springs, I’d recommend taking your time to see all that the Red Centre and the West MacDonnell Ranges have to offer; you won’t be disappointed spending a week in and around this whole area.

The easiest option is to base yourself at Glen Helen Resort and Caravan Park and take your time to see the area which is right in the middle of gorge country. Walking tracks, including the Larapinta trail, zigzag their way through the gorges with plenty to see and do.

Swimming holes abound in these gorges but be warned! The water can be very cold despite the outside temperature. Either way, the contrast of colours is truly amazing with each gorge different in structure, size and colour.

Adding to the contrast of colour is the magnificent and sacred Aboriginal Ochre Pits of the West MacDonnell Ranges. Still used by the local Arrarnta people for decoration and painting, the changing hues make for amazing memories and it’s definitely worth a visit to experience a small piece of the Arrarnta culture and understand the importance that ochre played in traditional life.

Head around the Mereenie Loop to Hermannsburg where you can access the track to the spectacular Finke Gorge and Palm Valley campground. This one should only be taken by experienced 4X4 folk with an off-road caravan or camper trailer as it’s quite sandy with steep dry creek entry and exit points. But the trip is worth every effort to witness its resident dingo population howling at the rising moon and unsurpassed, almost prehistoric scenery.

3 days in the Canyon of Kings

There’s a couple of different options to get around to Watarrka NP (Kings Canyon), which is another must-see destination. The longest route is to backtrack out to the Stuart Highway and around on the all-weather surface. However, if you’re prepared to take your time on the dirt, then the Mereenie Loop and Larapinta Drive is the simplest and prettiest route, although I would recommend a 4X4 to travel this one. The Mereenie Loop is a corrugated dirt road which passes through local Aboriginal lands; a local pass must be purchased prior to travelling.

Only a couple of accommodation options exist in this part of the Red Centre, with Kings Canyon Resort and Kings Creek Station being the main players that provide powered and unpowered sites. Each has plenty of facilities and options as far as activities are concerned. We stayed at Kings Canyon Resort, which has plenty of facilities, including a restaurant and outback bar with live entertainment.

By far, one of the best ways to see Kings Canyon is on foot with the ‘Rim Walk’. It has a tough start though, with nearly 500 thigh-trembling steps to climb before you reach the plateau. The good news is the remainder of the walk is relatively easy as it meanders its way around the escarpment. The walk will take approximately three to four hours to complete, but is definitely worth the effort.

A trip to the Red Centre cannot be completed without seeing what has to be one of the most spectacular sights in the world. The drive itself, depending on which way you’ve taken, is largely uneventful other than the rise and rise of the Mt Conner Inselberg which I’m sure has been mistaken for Uluru by plenty of unaware travellers.

The only close accommodation option in the area is at Ayers Rock Resort with powered and unpowered sites available for caravans, campers and motorhomes. Ayers Rock Resort has a large caravan park and campground with plenty of facilities, including bars, restaurants and a supermarket. The next nearest place to stay is on the way in at Curtin Springs Station, which is around 100km away from Uluru itself.

The drive towards Uluru from the resort area can only be described as awe inspiring. Uluru towers up over the surrounding desert landscape and you can’t help but feel minuscule against this almighty colossus.

The walk around Uluru is spectacular, as is watching the sunset and sunrise. I’d suggest you take a couple of days to explore Uluru, followed by at least a day or two for Kata-Tjuta which also hold a mesmerising feeling of ancient wonder.

This time of year is perfect to get out and explore this area of the country and whether you have a week or a month, you’d find it hard to run out of things to do and places to see. No matter where you are in the country, add the Red Centre to your list of iconic destinations. Use this as a launching pad to head further north towards Darwin and Kakadu or as a once-in-a-lifetime four-week adventure. What are you waiting for?

Where: The Red Centre itself is located just west of Alice Springs and is the area made up of, but not limited to, the West MacDonnell Ranges, Watarrka NP (Kings Canyon), Uluru and Kata-Tjuta NP (Ayers Rock and The Olgas).

Places to stay:
Caravan Parks in Alice Springs, Glen Helen Resort, Kings Canyon Resort, Ayers Rock Resort, Kings Creek Station, Curtin Springs Station as well as dozens of National Park campgrounds throughout the area, many of which are within the gorges themselves. 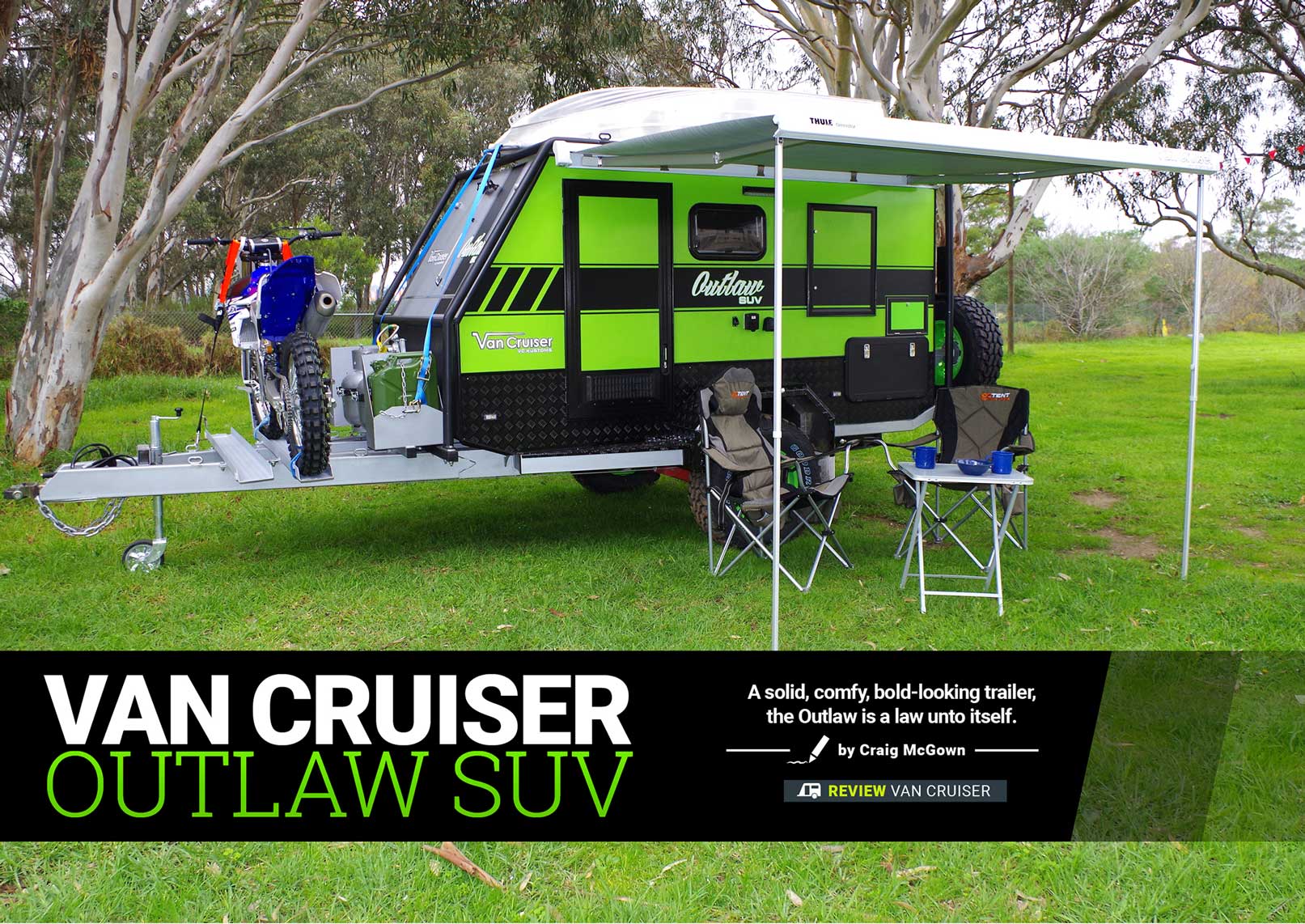 Next round of tickets announced for Birdsville Races 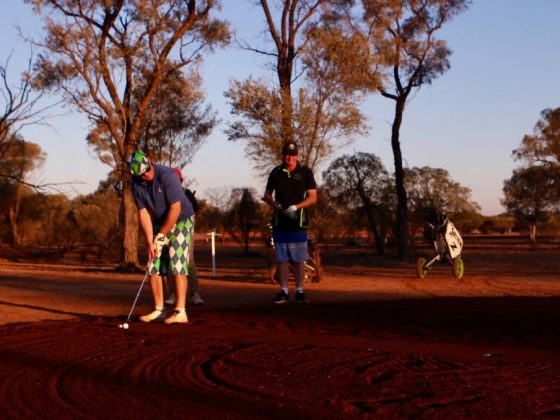