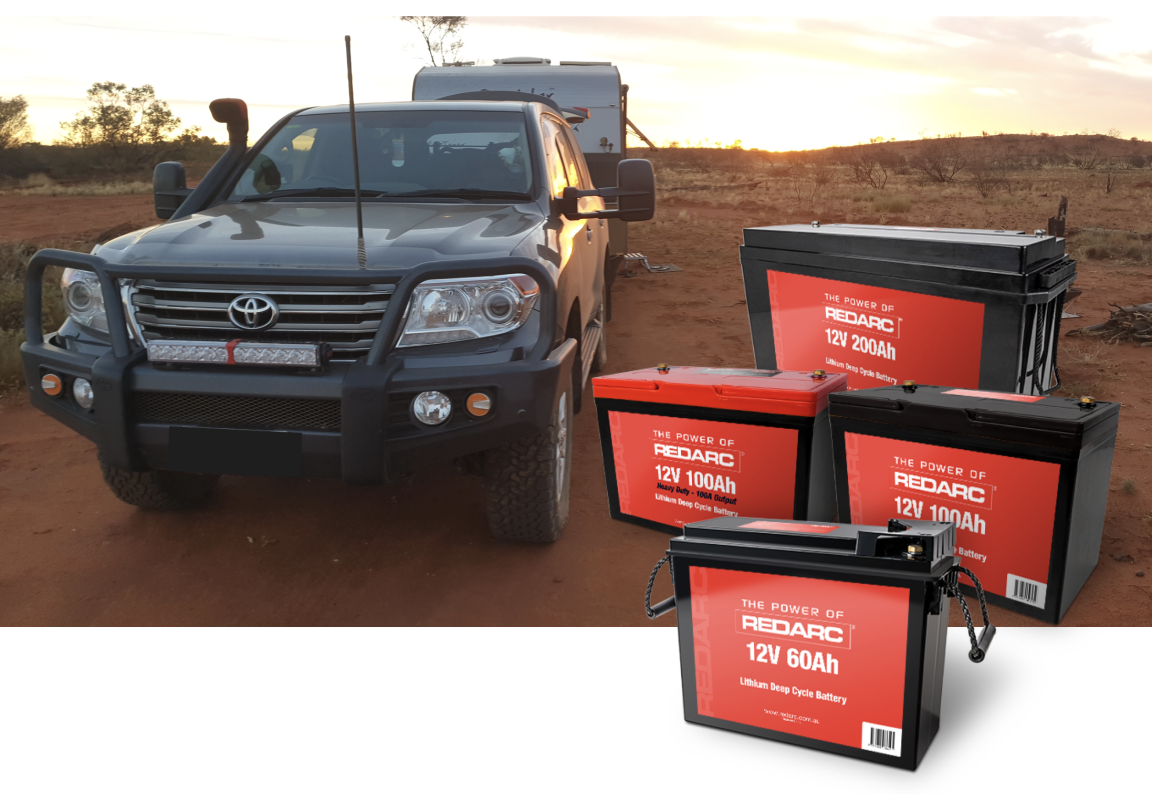 There is no arguing the surge in popularity of lithium batteries over the past few years. When it comes to powering 12V accessories, lithium has been at the forefront of more than a few conversations I have had with mates and punters alike, especially when discussing decent bang-for-buck upgrades.

This surge in lithium battery popularity has come about for several reasons. These include the power density lithium can store; the weight saving over lead-acid batteries; lithium’s usable capacity; the longevity of the cells; the typical number of cycles able to be drawn from the battery; and the different form factors (think conventional shape or slimline) that a lithium battery can take.

While a lithium battery is certainly more expensive to purchase, you will find that it will have a far longer life than its lead-acid equivalent. So, it’s more of an investment, that can be transferred from vehicle to vehicle when you change-over your 4X4.

This has led to the creation of this lithium battery buyer’s guide, in which we examine the different products on the market, arm you with the information you need to be able to decipher battery tech sheets, and help you to gain a greater understanding of what this battery technology is all about and which one specifically will suit your needs, and what you should avoid.

Understanding the specs is critical, so you can choose the right battery that will do everything you need it to do. And no, you don’t necessarily need the biggest, angriest packed-with-everything battery you can get your hands on. A mid-spec battery might suit you perfectly, and you might be able to get a better brand or save a few dollars on the way. So, let’s look at what everything means.

To keep things simple, in this Buyer’s Guide we’re only looking at 100Ah batteries. In other words, we’re comparing apples with different flavour apples, not apples and dragon fruit. Also, it’s worth noting that lithium-based batteries have a much greater usable capacity than their older-school lead-acid counterparts. Whereas an AGM/Gel deep cycle battery has a usable capacity of around 50 per cent (for decent brand batteries), decent lithium batteries will have around 90-95 per cent usable capacity.

But don’t always believe what is on the sticker. Some batteries will claim a capacity of 100Ah, but the ‘useable’ capacity will in fact be much less (e.g., 85Ah). While others will understate their capacity, and badge their 110Ah battery 100Ah, as that is the useable component. The more expensive brands tend to do this.

This relates to how hard you can drain the battery. For example, your 12-volt fridge will draw about five amps maximum when it’s running; a 1200W inverter will draw around 100 amps at full tilt, and your winch will draw 550-600 amps when working. So, if you’re not running a coffee machine, washing machine, portable aircon and an induction cooktop (yes, some people are!), then anything with more than a 50A draw will probably do you. You’ll only need to look at high-draw options (or running multiple batteries in parallel) if you really need to draw a lot of juice.

Cell design has changed over the years. Older lithium batteries are made with 18650 style cylindrical cells that resemble AA batteries but are a bit thicker and longer. These cylindrical batteries are connected to create battery banks of 12.8V and 100Ah, and are held together with either plastic frames or, in the case of some cheaper ones, are just glued together.

Nowadays, nearly all lithium batteries feature a ‘prismatic’ style cell arrangement, with four prismatic-shaped (rectangle-box shape) cells at 3.2V and 100Ah each, connected in series to give the nominal 12.8V we need to power our equipment.

Prismatic cells are more stable and can take more of a beating than the old-style cylindrical cells and are therefore better suited to automotive use.

Like maximum discharge current, most lithium batteries will have a maximum charge current listed. The rule of thumb here is the lower the number, the longer the battery will last, however some batteries on the market claim to be able to be charged at upwards of 100 amps. Take that number with a grain of salt.

This is where the numbers get rather interesting. Simply put, the number of cycles the battery can undertake means the number of times it can be discharged and then recharged before it reaches the end of its useable life. For example, say you discharge your battery with the fridge and LED lights overnight, then recharge it the next day, that’s one cycle – the only difference here is the depth of discharge.

The average lithium battery is good for around 2000 cycles at 80 per cent Depth of Discharge (DoD). We’ll talk about DoD just below, and we’ll get back to that 2000 cycles when we talk about warranty.

The above examples are quite simplistic, and it should be noted that on some days you may run the batteries through several cycles when running inverters for coffee machines or cookers, or fans or lights, while on other days you may not cycle the battery at all.

What to look for in a battery

One of the first things to look for is assembled in Australia, or at least developed in Australia. Nearly all lithium cells are made in China – there’s no getting around that – but if the cells and Battery Management Systems (BMS) are designed and assembled into batteries here in Australia, chances are the quality control is going to be better. That’s not a hard rule though. There are some batteries completely made in China that are decent, and the price usually has a lot to do with it.

The next thing to look at is weight. A 100Ah lithium battery should weigh around 11-12kg. Anything less than that and you’d have to question the amount of lithium (therefore amp hour rating) for that battery. Let’s face it, it’s cheaper to print a sticker that over-states the capacity than to load it up with expensive lithium!

A well-known brand is the next thing you’ll want to look for. There are plenty of folks importing lithium batteries and running fly-by-night operations. If you’re going to fork out your hard-earned on a lithium battery, you need to make sure the manufacturer/distributor will be around tomorrow, or next year, to help you out if you have any issues or questions.

Finally, make sure the battery you choose is covered by a decent warranty. With lithium batteries, a five-year warranty shouldn’t be beyond expectations. With decent batteries providing 80% DoD lifespans of 2000 cycles, they should last you at least five-and-a-half years, so the warranty should be up around that. But make sure you still refer to the previous point; there’s no use in having a 20-year warranty if the company packs up shop after six months.

Scroll across the table below to check out the main 100Ah lithium batteries available on the Australian market. Prices subject to change. 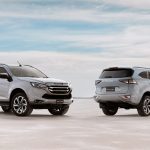 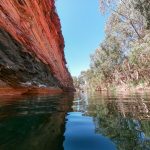