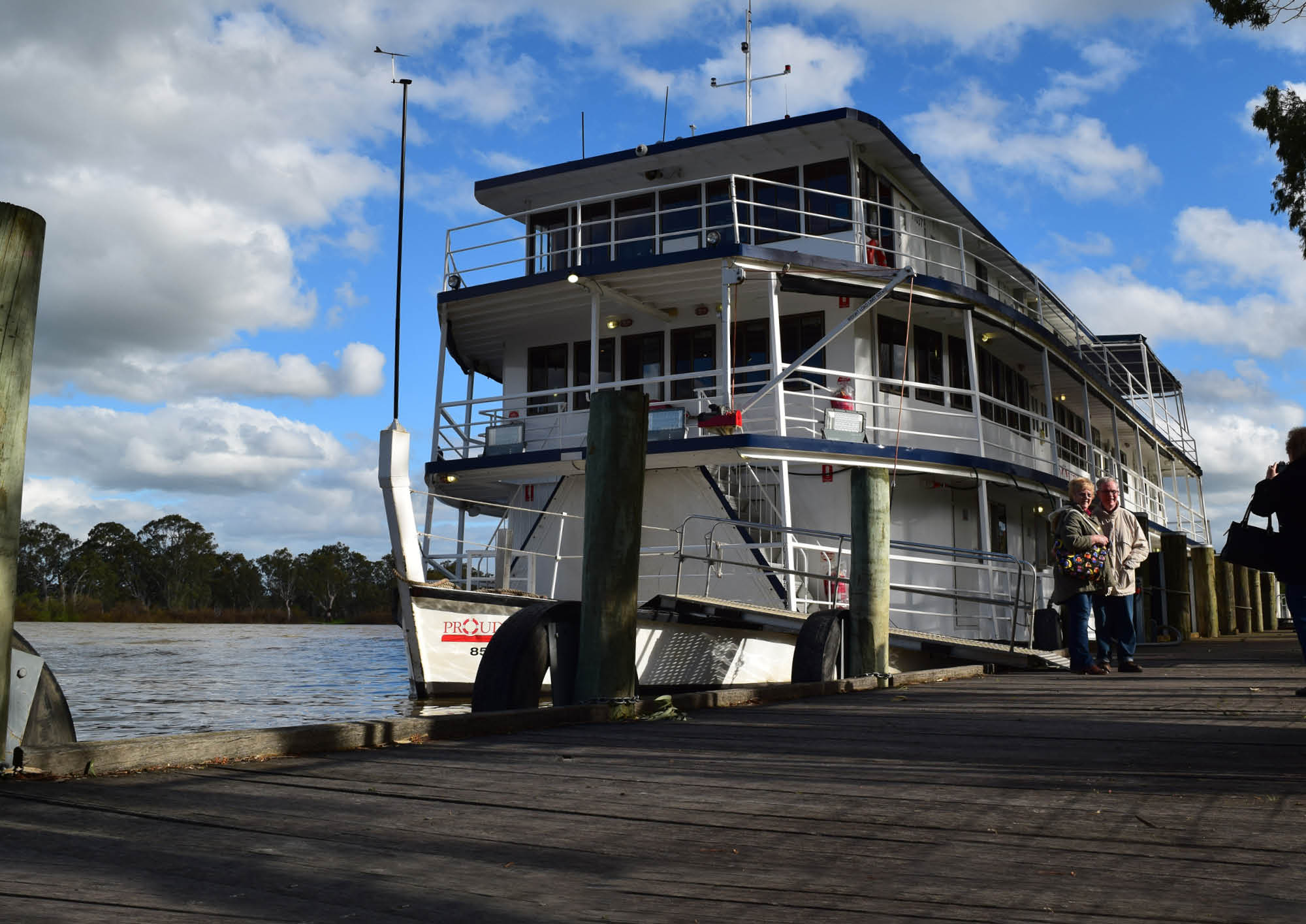 You’ll never guess the link from here to our love of the car.
By Chris Blakemore

If you could attribute our Aussie love affair with motoring to one person, it might be David Shearer of Mannum. In 1894, he took to building Australia’s first car, a steam-engine-driven horseless carriage with a rear differential and it could do an exhilarating 15mph (24km/h) in a straight line. It may not have possessed the grunt of the 60 horsepower six-cylinder 48-215 Holden, but it was still the first.

What it did deliver though, was an ease of mobility with comfort that we still seek today. The original, restored vehicle is safely held on display at the National Motor Museum, and David Shearer P/L is currently the sizeable Horwood Bagshaw Ltd, which at one time employed more than 60 percent of the town’s workforce with agricultural implement manufacturing. A visit to Mannum on the Murray River will take you back in time in many ways, not just by road. It was also the birthplace of the paddle steamers that plied the river while servicing the emerging agricultural scene of the day.

The unpretentious bankside township still hosts a fleet of vessels, from the fully restored heritage-listed PS Marion paddle steamer to the Proud Mary cruiser and almost infinite number of houseboats. The large spacious parks along the banks of the Murray allow plenty of space to sit back and admire the waterborne RVs.

Taking a stroll through the town’s main street will lead you past a number of notable establishments, all with their own stories and historical significance. The Pretoria Hotel echoes of South African heritage, as it was named after a particularly successful campaign during the Boer War in 1900.

The Mannum Museum is home to a number of David Shearer’s implements; engines and artefacts of the area’s unique history, including the only floating timber dry dock used to service the many boats once working an inland river system. The town’s reliance on the river remains to this day with a free parallel ferry continuing to serve motorists of all kinds heading east or west across the river.

Almost all of this was lost back in 1956 when record five-metre flood levels destroyed many properties and infrastructure, as well as valuable remnants of the town’s history. At the time, an unusual outcome of the flooding was claimed by a local farmer who reported killing 1032 tiger snakes that had attempted to escape from the inland flooding across his property downstream. That would keep anyone’s attention level heightened.

Mannum also hosts more modern events celebrating our nation’s inventive and ingenious motoring history, including the annual SA Truck and Ute Show in June. Trucks and utes of new and old roll in to applaud the history and achievements of the trucking industry. A few old vehicles filter into town, perhaps to get an early park, so if you are planning to attend, book ahead as the town fills to the brim.

Other places of interest in the surrounding area are the Outlook Point high above the township, offering outstanding views of the mighty river and local inhabitants, and there is also the seasonally flowing Mannum Waterfall. The waterfalls are best visited after recent heavy rain as it can subside to a dribble in summer months. Hikers will love the walking trails, although allow a couple of hours if a leisurely stroll is more your thing. There are many granite outcrops to negotiate, though photographers will be rewarded at numerous points along the way.

Accommodation options are quite extensive in and around the township. The Mannum Caravan Park is centrally located, recently undergoing enormous changes and improvements. Situated right on the banks of the river, it offers easy access and parking, open grassy areas and modern facilities. A favourite is the old Pumphouse now converted to a bunkhouse.

Across the river is the Haythorpe Reserve, a low-cost option via permit but with basic facilities and a dump point installed. Also along the eastern bank is Cowirra Caravan Park that is a ‘small pet’ friendly establishment with a public boat ramp nearby. But if there is one thing you must definitely do in Mannum, that is to take time out to sit by the bank with the water lapping gently at your feet, and let your mind wander off into some other time. Perhaps picture the genial urgency and graceful splashing of the paddle steamers and their crew plying their way upstream on another sail of trade. Or perhaps of crowds gathering in awe of the man astride a machine moving along under its own steam, an outrageous proposition of the time.

Whatever style of enjoyment and relaxation takes your fancy, it can be found somewhere along the Mannum riverbanks. And as you make your way home, just imagine travelling at a mere 15mp/h all the way and be glad modern engineering has delivered us a few improvements on the inventiveness of one David Shearer, a true pioneering motoring enthusiast.

Where
Mannum is situated on the western banks of the Murray River, just 35km north of Murray Bridge and the South Eastern Freeway. A more scenic route from Adelaide could be taken through the Adelaide Hills from the north east, travelling through Birdwood onto Mannum.

When
The warmer months will be far more inviting if you wish to dip your toes, or even the rest of you in the Murray water flow, as the chilly winter water can make things shrink well beyond imagination. Winter can be the best time to view the Mannum Waterfall flowing after recent rains.