When it comes to motorhome conversions, an old WWII plane would be the last option on my mind. Not this bloke. He created the Fabulous Flamingo motorhome out of an old DC-3.

We get to see some unusual camper conversion projects here at RV Daily, but this one would have to take the top spot. Who would ever think that an old Douglas DC-3 aeroplane from the 1940s that had been wrecked in a tornado could be converted into a road-legal (in the US at least) motorhome? Apparently, Gino Lucci of Nashville, Michigan did, telling the Maries County Advocate it was a dream of his to find an old DC-3 aeroplane and convert it into an RV.

Gucci and his family own Round Engine Aero, a US company that buys and resells airworthy aeroplane parts for restoration or for use as art. His son, Giacinto, was examining a photo of the Rolla National Airport on Google Earth and saw three abandoned DC-3’s at the airport. “I never thought we’d find them,” Lucci said.

The DC-3 aeroplane they converted to a motorhome was a former Navy R4D aeroplane. Built in 1943 and put into service in 1944, it was used for executive transport and flown to South America. After the war it was used by Alaska Airlines, then by a Canadian company. The FAA bought it for testing and then Baron Aviation, stationed at the Rolla National Airport at Vichy, bought it and used it for transport. A tornado in January 2008 swept through the Vichy area tearing off roofs and siding on homes and also did extensive damage to the three aeroplanes parked on an abandoned runway.

According to the report, to make the motorhome, Gucci took an unused delivery truck, put the aeroplane next to it and “started cutting.” They gutted the aeroplane down to bare metal then put the aeroplane on the truck’s frame and drove it around until it was “sit happy” then they bolted it down and built a substructure to permanently attach the plane to the frame of the truck.

The seats from the old aeroplane were used as the driver and front passenger seats and the old aeroplane yoke and associated control gadgets are on the console and on the ceiling. They put in the plumbing, a kitchen, a bathroom complete with the bathtub Lucci’s wife requested, more seats, and a table that folds down into a 1930s berth.

As crazy as it seems, Gino is not the first person to convert a DC-3 into a motorhome. It was done in Australia first…!

According to a 2018 post by “The Story Behind The Car” Facebook page, “this Douglas C-47A-25-DK saw WW2 action during the invasion at Normandy and in 1946 she crossed the equator, heading for Indonesia, to serve with the Netherlands Indies Navy. In 1947, during a flight over Australian soil, it was force-landed near Katherine due to an electrical fire. The wreck was shipped to Brisbane and with the wings taken off and the plane was used as an engine-test rig. Later the rig was gutted and the empty shell awaited scrapping.”

Around that time, a bloke by the name of Bill Chater was running a ships’ plumbing business. He had the urge and know-how to rebuild these remains into his own motorhome. In his workshop under Brisbane’s Story Bridge, he managed to fuse half of the plane’s remaining fuselage to the chassis of an International KB-5 truck. Work was completed in 1950. When Bill died at the age of 88, his friend Werner Krol inherited “the Dutch Bomber”. In 1995, after a 3-year restoration, Werner got the unusual vehicle back on the road. On the registration paper, the camper is known as “Inter Dakota”. The number plate is an aircraft designation. All Australian registration starts with “VH” and Dakota Down UNDER abbreviates to “DAK” hence VH-DAK rego. Very clever…!

At RV Daily, we love to see your DIY caravan, camper or motorhome projects and the more unusual the better. If you have a story about such a creation, we would love to hear from you. Drop us a line at sayhello@RVDaily.com.au

Original stories: Maries County Advocate and The Story Behind the Car

Further reading: The KABE Royal Tower – The story behind the double-deck caravan 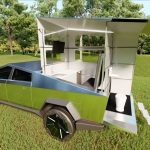 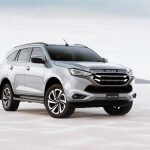