Tip: 6 tips for reversing a caravan at camp

You’ve arrived at that scenic campsite, but getting into the best spot requires a bit of manoeuvring. Here’s how to do it without looking like a doofus.

1. Wind down all your windows and turn the stereo off

This seems like a no-brainer, but you’d be surprised how many experienced drivers fail to do this upon reversing a caravan. Give yourself every opportunity to see and hear what’s going on by winding down all the windows and eliminating noise distractions. Even if you are going it solo and don’t have someone directing you, the safest way to reverse is when you can clearly hear what’s happening outside the car. For example, someone on the sidelines may suddenly shout “stop” if you’re about to hit something, or someone.

2. Use a handheld UHF radio to communicate with the driver 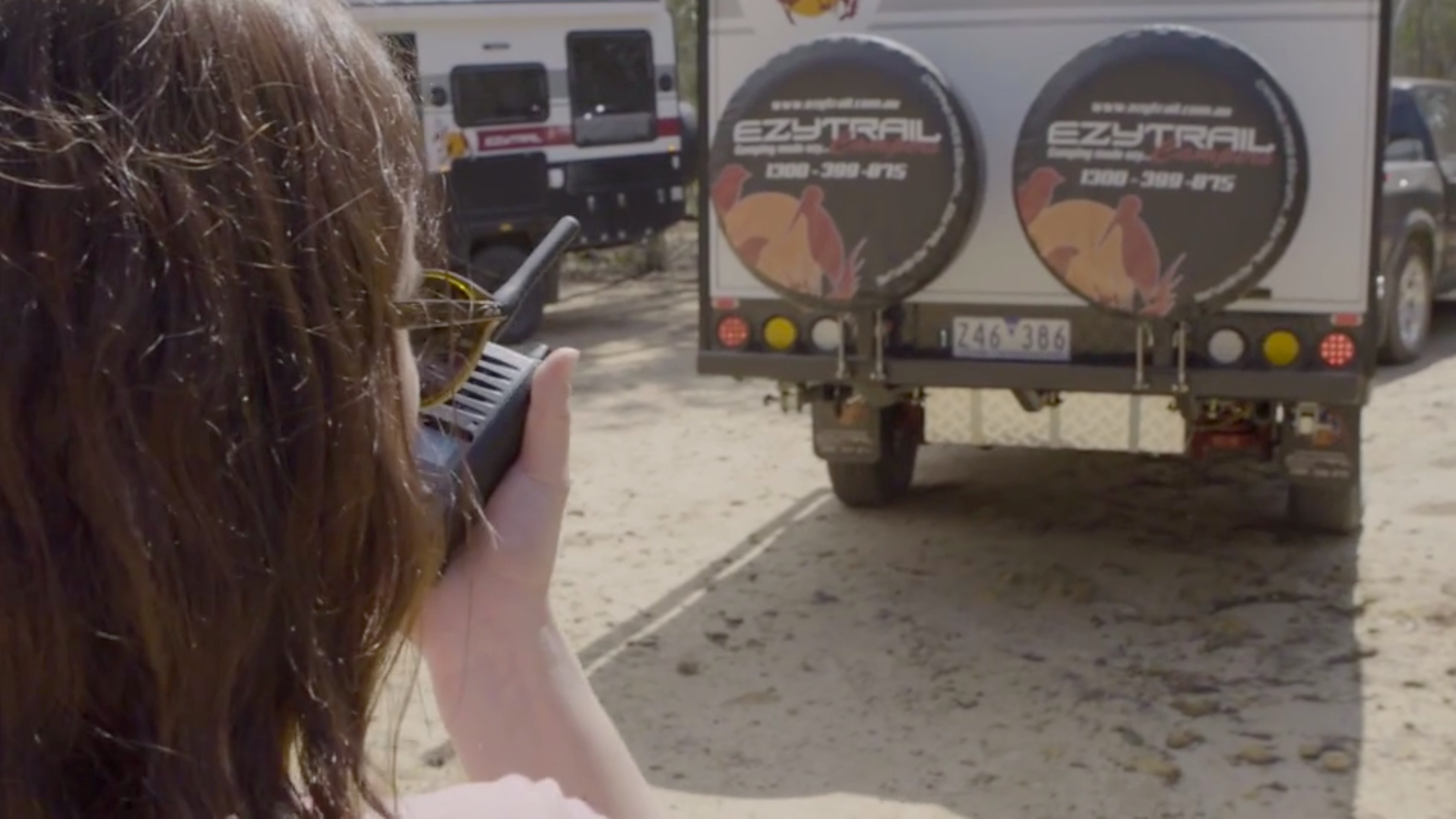 There are lots of arguments for having a pair of handheld UHF radios in addition to your in-car setup when touring in your caravan, and reversing your van more easily is one of the best. It’s common knowledge that getting your home-away-from-home into the exact spot you want it at camp after a long day of driving can strain even the most robust relationship. Make it that little bit easier by taking out the element of hollering “I can’t bloody hear you!!!!” while your camp neighbours watch on in amusement. With your partner holding the handheld UHF, they can calmly direct you and effectively communicate how brilliantly you’re doing – with their tongue in cheek or otherwise.

3. Make a clear communication plan with your passenger, and stick to it 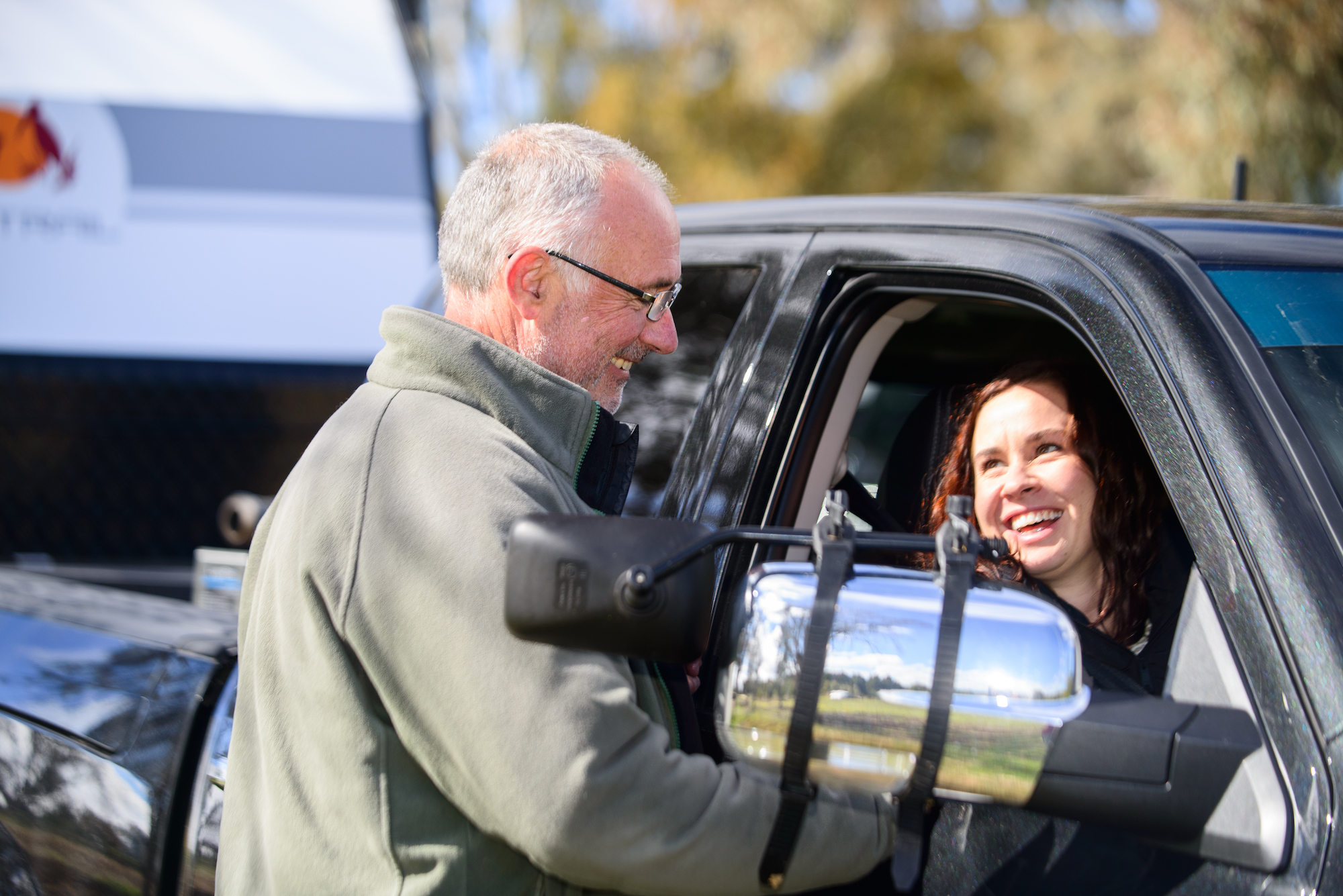 Of course, there’s no point having an ease of communication if you’re not actually speaking the same language. Decide how you will communicate and define key terms ahead of time. For example, will your passenger direct you by saying “left hand down”, or will they tell you which way they want you to move and leave the mechanics up to you? If your passenger tells you to “follow”, do you know what they’re talking about? If they make some kind of strange, double-handed gushing gesture, what on earth does that mean? And if they’re wildly gesturing to you through the vehicle’s rear window while your eyes are locked on the reversing camera, well, that’s no good to anyone. Decide ahead of time how you’ll communicate between the driver and the passenger, that way you won’t have to fantasise about them choking on their sausage sandwich later on.

4. Choose to either look in the mirrors, or look over your shoulder

The hardest part of reversing is getting going. Once you’ve got some movement happening, the process is generally fairly intuitive – even for newbies. However, switching between using the mirrors and looking over your shoulder can have a disorientating effect as you are effectively having to flip your perspective, thus your flow is disturbed. Assess the situation at hand and decide whether it’s best to use the mirrors or to look over your shoulder. Then, wherever possible, stick to your choice.

5. Reverse from the right where possible

It’s always best to reverse in a straight line, but more often than not this isn’t possible. So, if you have the option to come at it from the left or the right, choose the right. Reversing is a whole lot easier when the driver is on the inside of the turning vehicle/van. You’ll have a better view of the rear of the van and will be able to more easily assess the angle between the caravan and the vehicle.

6. Straight line reversing: use the side mirrors

The easiest way to reverse in a straight line (or even a straight-ish line) is to use the side mirrors. A handy tip here is, turn the steering wheel in the same direction that the van is straying in. For example, if you’re looking in the right mirror and the van is drifting this way (ie you can see more of it in the right mirror than you can in the left mirror), turn the wheel gently in the same direction, to the right. This will straighten the van up.